2017 Ducati – Jorge Lorenzo will rise on the 2017 Ducati and will try to win. In 2007, Casey Stoner won the MotoGP title and then no one else succeeded. Even Valentino Rossi.

The current bike is certainly different and much more competitive than the one who drove the Doctor. Withe 2017 Ducati’s bike, the Spaniard can do the challenge. The Desmosedici’s progress is clear. The team must work to arrive at the Yamaha and Honda’s level. However, the level is already good. For next year, we could be a quantum leap further. And if awaits him, especially the Majorcan rider.

Jorge Lorenzo wants the second place in the current MotoGP World Championship. It is third in the standings, just 14 points from Valentino Rossi. It is his priority now. It will be a personal satisfaction overcome his teammate. Especially if he’s a great rival. We will see at the last GP in Valencia which will be the situation. After the 2016 race World’s closing, the Spaniard will concentrate on the 2017 Ducati. In tests of the days of the race will be able to climb the Ducati. Yamaha allowed the rider to ride the Desmosedici with ahead of the expiry of the contract, scheduled for the end of the year. 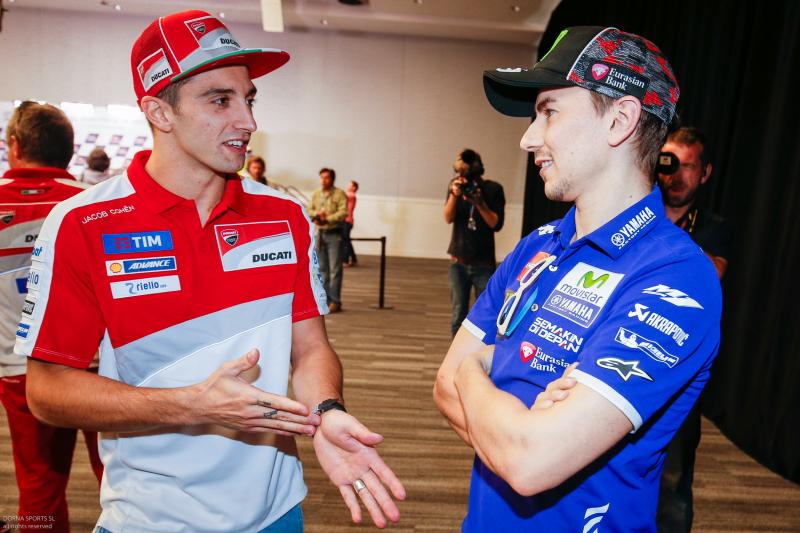 2017 Ducati will be ready in time for Valencia’s Test

Paolo Ciabatti revealed it during an interview with Corriere dello Sport. “Our development work is proceeding as scheduled. The 2017 Ducati’s will be ready in time for the first test after the last race of the season in Valencia. We will have two bikes, one for Dovizioso and Lorenzo.” For two days Jorge Lorenzo will have the chance to try out his new bike. “Yes, it’s true.” explains the Italian.” That’s one of the reasons why we work so hard on the 2017 Ducati’s prototype. We want to have the bike ready for the first day after the last race of the season 2016i because this is our only chance to get feedback from Jorge. We are being planned and the disengagement plan with two machines. One for Dovizioso and Jorge.”