Yamaha and Virgin Radio Italia challenged the legendary track of Bonneville in Utah, entrusting three Yamahas XSR900 to DJ Ringo, Giovanni Di Pillo, and Alberto Cecotti. 2017 marks the 69th race of the event. But the riders’ enthusiasm is always the same. This year Bill Latin, president of SCTA, announced that the salt was in better shape for 2017. While in 2016 the evil weather spoiled competition and fun.

At the Bonneville circuit, it is difficult to run. The soil is not as robust and smooth as asphalt but covered with a kind of flour. Two kilometers of launch, two kilometers in which the average speed is recorded and two kilometers to brake. All this in a hot atmosphere and not just for engines. Also, the salt white makes you lose any reference. So, the roughness of the circuit is almost invisible. The salt lake is a challenge with numerous motorcyclists from all over the world taking part. Everyone has a genuine passion for engines, and all united by the desire to cross the finish line at the highest possible speed. The three Italian riders and the three Yamahas XSR900 came second in the category of production bikes between 750 and 1000 cc. The help of the Yamaha XSR900 was significant.

The three Yamahas XSR900 are equipped with a 115 hp three-cylinder front gear engine. It ensures maximum safety, and it has 3-level traction control system, anti-slip clutch, and fork with upside down stem and single adjustable rear. Like the younger sister, it has vintage inspired headlights and rear lights. The XSR900 will be available with the new Racing Red livery. It recalls the graphics used on the original XS850 from the 80s. 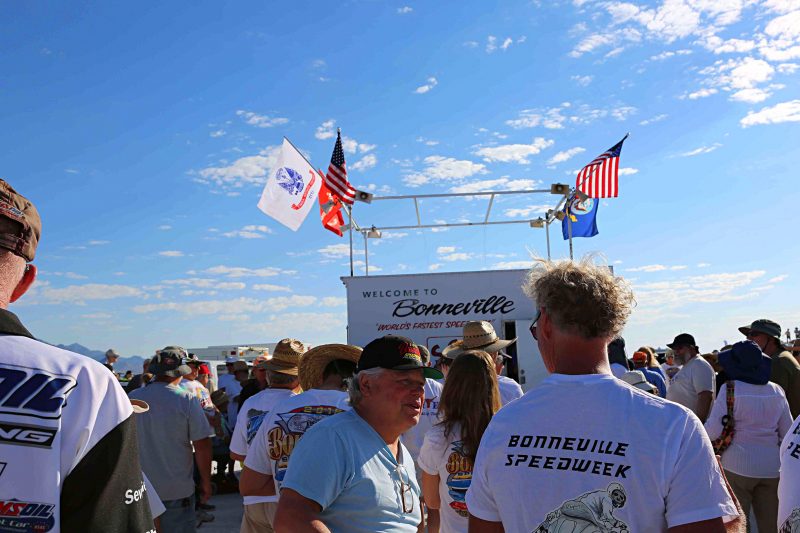 Among the most famous Bonneville’s record, there is the Englishman Malcolm Campbell. With the streamliner called Blue Bird, he was the first man to exceed the speed of 300 miles, while Burt Munroe sets the record for speed with an Indian motorcycle. The image of Rollie Free is just as well known and emblematic with his an aerodynamic position. He faces Bonneville’s salt circuit at full speed, wearing only a swimsuit.

0 0 0 0 0
Previous ArticleZero Motorcycles released 2018 models: It's what's inside that counts
Next ArticleWhich are the best small women motorcycles?
Comments (0)