Diablo Rosso III – MV Agusta and Pirelli works together. From 2011, the Italian motorcycle brand decided to use only Pirelli tires for its bikes. 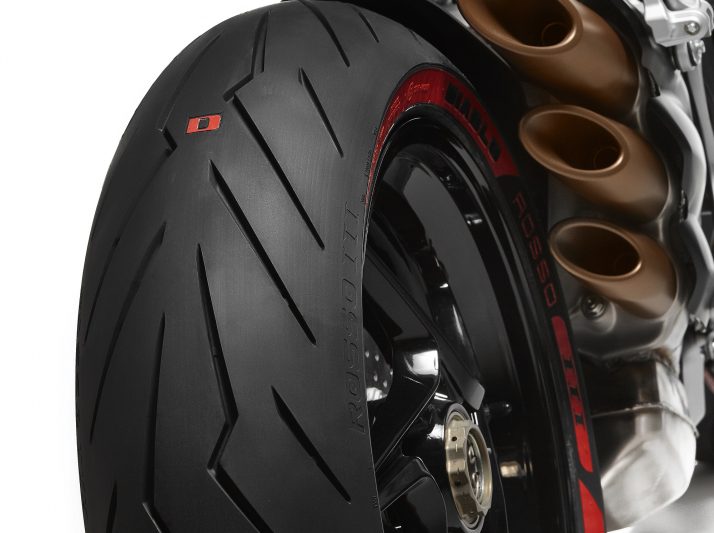 MV Agusta and Pirelli combine greatest performance and innovation. Pirelli presents the last technological evolution of Diablo range, the Diablo Rosso III. The new Pirelli’s tire born on the track and, then, it runs on the street.  Diablo Rosso III redefines the concept of sports riding. The most important characteristics are gripping traction on the wet area and long-lasting performance. MV Agusta Brutale 800 is an example of technology made in Italy. It has set new design guidelines in its segment.

MV Agusta Brutale has a nice color. Only the bright red interrupts the matte black. MV Agusta decided to pay homage to the new Pirelli tire. It did with the red light and with other graphical elements. The Pirelli Diablo Rosso III’s logo appears on the side of the tank, while the typical imprint’s tire appears in the MV Agusta’s tank and on the front fender and on the side panel of the tail. Both the Pirelli and the Red “D” logos appear next to the MV Agusta logo on the center of the tank. Pirelli has decided to give a special series of Diablo Rosso III to the MV Agusta Brutale 800. They have a dedicated red graphic. Some details that give the unique spirit of Diablo. 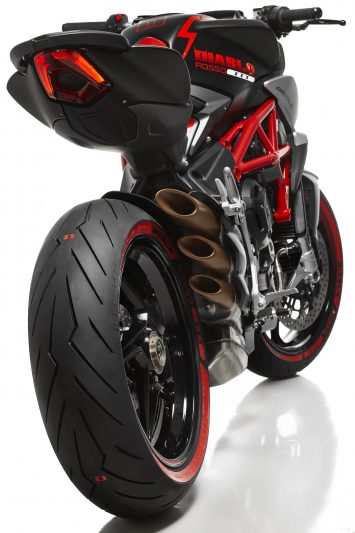