Panigale V4 – Ducati Panigale V4, or as we call, will be the weapon of the Italian brand in SBK by 2019. We support the arrival of a V Four-cylinder engine. Because Ducati must be the fastest motorcycle and winning, with any engine.

Ducati thought an engine with more than two cylinders for a street bike in only two cases. The Apollo and its V4 engine designed for American police (and never went into production). And the Desmosedici RR, a road version of MotoGP bike. “We are working on the 4 cylinders. Between 2 or 3 years we will launch it on the market.” said a few days ago Claudio Domenicali. I and Ducati fans are convinced that it is time to invest in a new engine. Although many believe the Panigale V4 is a betrayal of the tradition. Because a Ducati twin-cylinder has to be. But the faithful to tradition can rest easy. However, the new V4 will be joined at the two-cylinder. 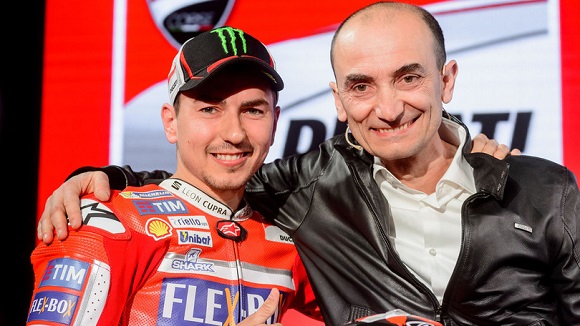 The Ducati V4 birth is an intelligent Act of realism. Not a lack of coherence, whereas Panigale V4 might be a bike for everyone. Not just professional drivers. The Panigale V4 might bring back the SBK title in Italy. But it won’t be enough to win the Ducati engine. But will have to return to believe and invest in the frame.