The first is a 1977 Honda CB500 reworked by Honda dealers 3C of Bayonne and Ben Rameix, the designer of a surfboards leading manufacturer in France. Together they’ve completely reworked the café racer style using a new chassis, new muffler, a stylish combination of black and chrome parts. Then, full LED lights, Firestone tires, and a solid front brake disc. The lines of a surfboard inspire the fairings and the pigtail. So, they express the spirit of Wheels and Waves. 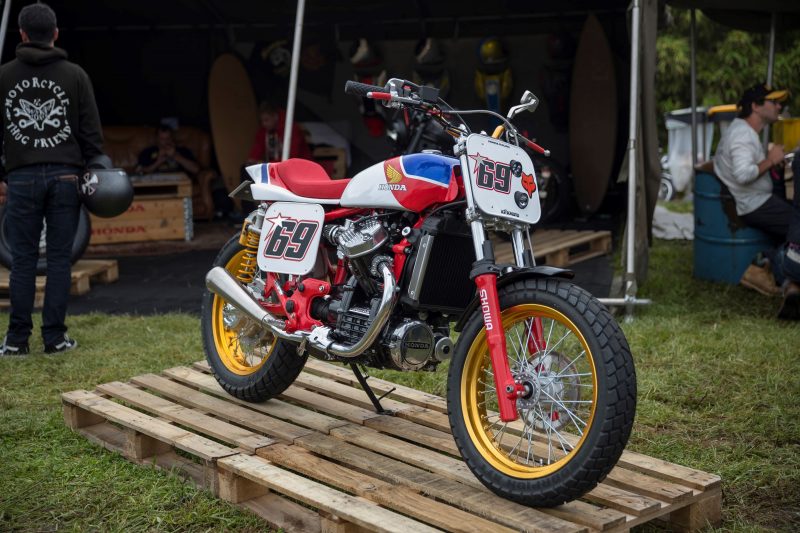 The other special is the Honda CX500. A twin-cylinder motorcycle completely turned from Kick moto in one singular Flat Track Racer. He changed the frame and the saddle tank. Also, Kick moto added anodized rims from 18 “and the fork of an XL600R. Then, there is an aluminum handlebar, Öhlins rear suspension and LED lights. The glorious livery HRC is enriched by the number ’69’, in honor of Nicky Hayden, who unfortunately passed away recently. 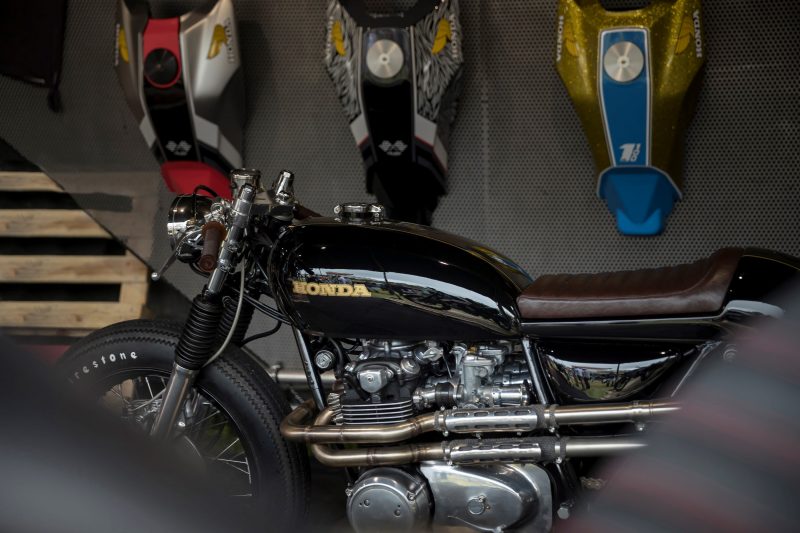 The third bike reworked from the base of the incredible 6 cylinder engine with 1047cc of the legendary Honda CBX. Created thanks to the collaboration of Boulmich moto in Paris and the Bad Seed Motorcycle Club, the Honda CBX changed soul becoming a muscular Road Bomber. So, it has strong dragster’s influences. The design is minimalist. Because the focus was weight reduction. It is functional to the need for speed. The numerous details elaborated include a new chassis with Öhlins rear suspension, 6-in-1 exhaust, headlight and handmade number Bridgestone BattleAxe. Alongside these three legends radically redesigned there are revisions of three current Honda range.

The first is the ‘urban scrambler’ of modern Rebel. The 500cc is equipped in this interpretation with thick tires, brake discs and exhausts made and soldered by hand. This new look is enhanced with references to BMX and skateboarding style (with a holder for the table placed on the left side) and influences from the world of motocross. The two versions of the neo-retro Honda CB1100 complete participation at 2017 Wheels and Waves. 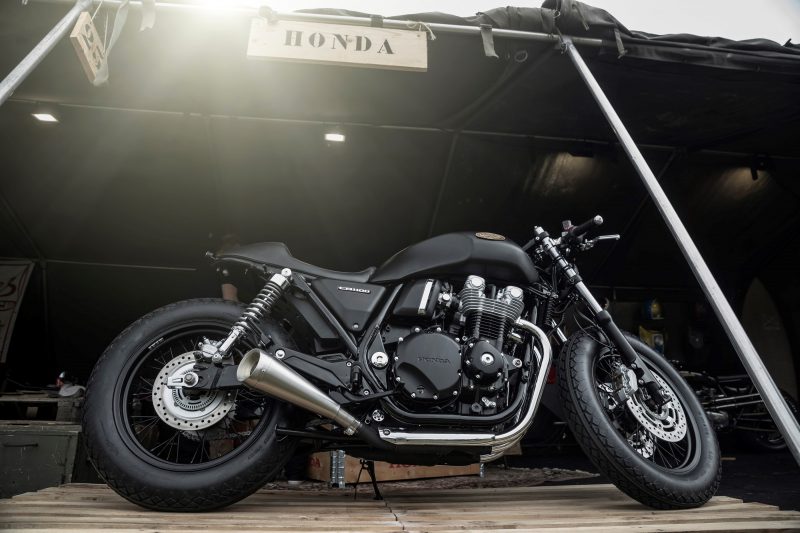 The second is the Honda CB 1100 TR Concept. A bike designed entirely by the R&D Italia team and exhibited for the first time at Eicma 2016. Born to communicate the excitement and enthusiasm of the American flat track culture, it was designed to be “the queen of the urban circuit”. So, it has tires Slick and pure racer print as opposed to traditional flat track racing.

The third is a completely “dark” version of the current CB 1100 EX. It born from a collaboration with designers at South Garage in Milan. Using the customized CB1000 customized base, the result is an elegant creation that blends the café racer style with the bobber style. The matt-black tank, the dark engine, the covers, and the wheels, express the character. Mini LED displays, new headlight, saddle leather and carved tires give it an attitude perfectly in line with the project’s objective. So, the CB1100 is an excellent basis for customization.

0 0 0 0 0
Previous ArticleScrambler Mach 2.0 and the new Full Throttle graphic Revealed at 2017 Wheels and Waves
Next ArticleThe Ducati Deal: Why Harley-Davidson could buy the Italian Brand?
Comments (0)