Yamaha MotoGP Movistar – Valentino Rossi thinks it would serve at least another official Yamaha MotoGP Movistar on the track. Because another pilot could help him and Maverick Viñales in the test and development work. In fact, Honda has Crutchlow, while Ducati has Petrucci and two great testers like Pirro and Stoner. “It would be useful if we had a situation similar to that of our rivals. Because we want to understand the benefits of a new element. Such as the chassis. In the tests should be as fast as if it was a GP. So, we have Nakasuga. He has won many races in the Japanese SuperBike and has participated in the 8-hour Suzuka. Then, he also made a second place in the Valencia GP. But he does not go as fast as I and Viñales.” Rossi told at Speedweek. 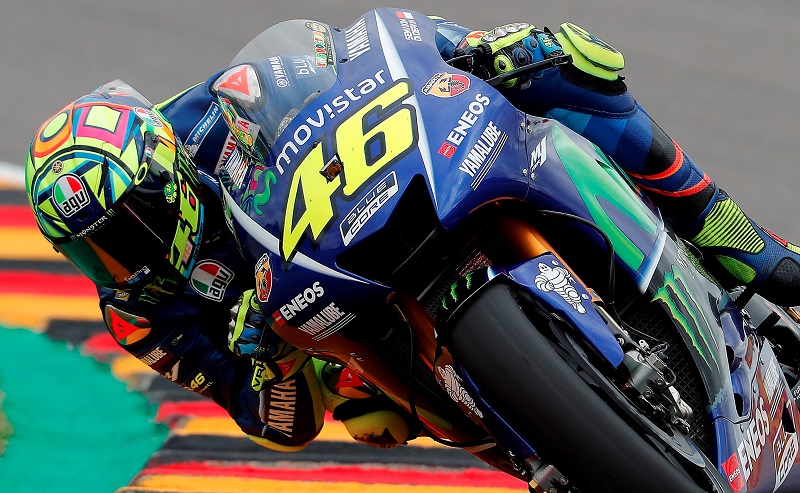 So, Valentino Rossi explained how in Yamaha MotoGP Movistar team him and Maverick are the two men of fatigue. “We are the official riders, we are dealing with all the changes. If we do not do the fight for the title is over.” The Doctor adds. Finally, the Italian rider praises the results of the Tech3 satellite team, which runs with the M1 in 2016, achieving excellent results. “At this point they have shown a great feeling with last year’s bikes, they are great drivers and they are strong, not just because the 2016 bikes run less than the rear tire, it’s also the driver that makes the difference.” Rossi concludes.

See you in August

Now the MotoGP stands for summer holidays. The riders will be back on track in early August and will go back to the 2017 World Title hunt. The current leader is Marc Marquez, but the Spaniard is not out of the way. The standings are short and also Rossi and Vinales are fully in the race for the 2017 MotoGP World Championship. But the Yamaha is not shining and the Honda might run away from the next race.

0 0 0 0 0
Previous ArticleMotorbike Insurance Coverage: How does it work in India?
Next ArticleTrue Blood star Nelsan Ellis has died. We dream with "his" Corvette SV9
Comments (0)