Valentino Rossi wants to get back on his MotoGP-Yamaha on Friday. Only 22 days after his enduro accident, in which he suffered a fracture of the shin and fibula, Valentino Rossi will swing back onto his Yamaha M1 in the MotorLand Aragón. Now the 38-year-old Rossi successfully passed the medical check of the track physician. Clemente Millan, MotorLand Aragón’s race doctor in charge, gave Rossi the go-ahead and declared the nine-time world champion “fit to ride.” 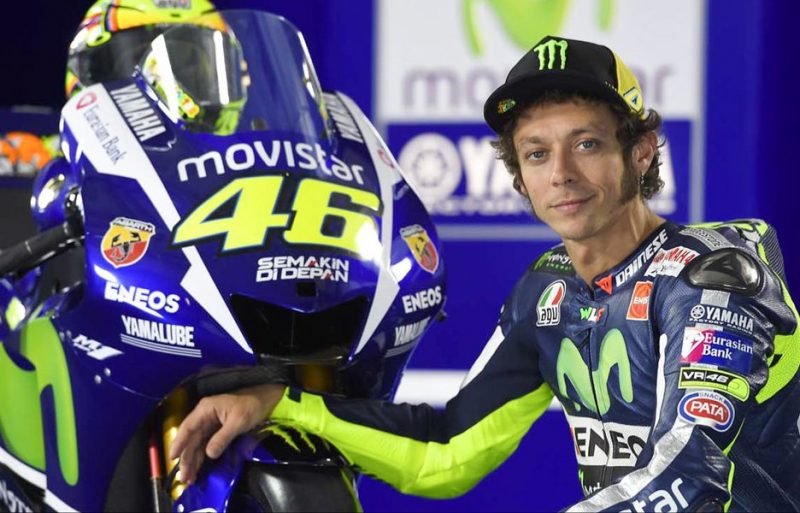 Rossi will start the first free practice session of the MotoGP class on Friday at 9:55 am. If Rossi’s pain becomes too high, superbike driver Michael van der Mark will be available as a replacement. In the World Championship standings, Rossi is fourth with 42 points behind Marc Márquez and Andrea Dovizioso. They are at the top of the world championship rankings.

0 0 0 0 0
Previous ArticleZontes S310 will arrive in Europe. It will be completely legal
Next ArticleMcLaren 675LT: a camouflaged version is testing at the Nürburgring
Comments (0)