Valentino Rossi – During the 2017 Aragon Grand Prix, Valentino Rossi returned to the track just 22 days after the tibia and fibula fracture. The leg was obviously not completely healed and the lower mobility compared to a healthy limb convinced the Yamaha driver to use a different braking style. In fact, Rossi’s Yamaha YZR-M1 had a small lever under the left thumb-operated knob.

The first pilot to use this system was Mick Doohan. In 1992, the Australian rider was the victim of an unfortunate accident, but problems started after the first intervention. The champion risked the amputation of his leg. But thanks to the intervention of Dr. Costa who subjected him to an “innovative” procedure, he managed to run jumping only three races, but his leg did not regain the strength of time. Thus, the technicians designed the first thumb-brake system at the rear. The Australian rider, once he had developed a considerable sensibility, came to win 5 World Championships. 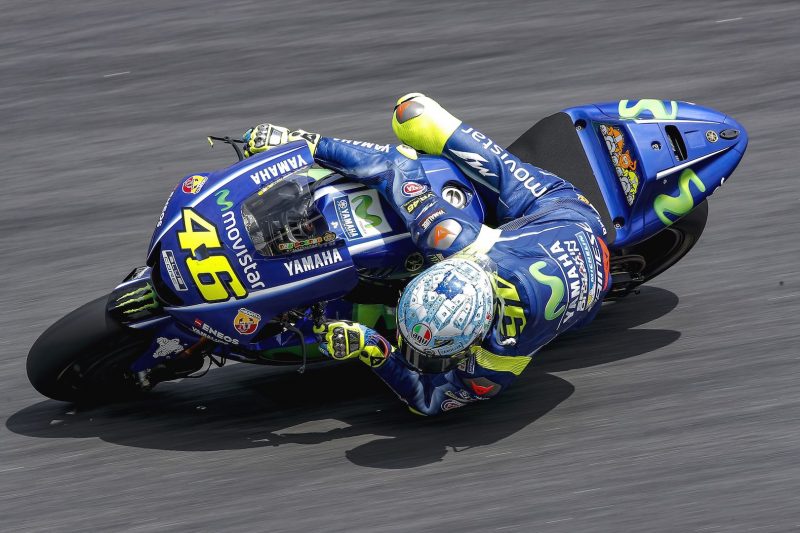 Valentino Rossi’s injury was obviously less severe, but his leg could not use 100% of his strength, forcing the Italian driver to mount this solution. The “Doctor” has already used this system, the last time during the Brno tests. But in the Czech Republic, it was only a “standard” system, i. e. both the pedal and the lever were connected to the same pump, which does not allow to operate the two components at the same time. Instead, in Aragon’s GP Rossi used a 2-circuit system, which allows both the thumb lever and pedal to be used at the same time.

Rossi’s system is used for convenience by other MotoGP riders such as Maverick Viñales, Andrea Dovizioso, Jorge Lorenzo and Danilo Petrucci. Usually, the use of the inch pump ensures greater comfort in right-hand bends at high corner angles and is often used as a traction control at the center of the curve.

0 0 0 0 0
Previous ArticlePlaystation 4 hacked: For the first time illegal game copies playable
Next ArticleVolkswagen Group will not sell Ducati. It is official
Comments (0)