Toto Wolff – Nico Rosberg decided to retire as the F1 world champion and now the Mercedes is looking for a replacement. Toto Wolff talked, among others, about Jorge Lorenzo and Valentino Rossi. “He had my number.” said Valentino.

Toto Wolff has a Dream

Speaking concretely, however, according to Giacomo Agostini, this replacement is not possible. “I read the joke of Toto Wolff.” said Giacomo Agostini. “I call it a joke. Perhaps it is also a provocation, not without charm. So, we’ve already been talking a lot about it. In any case, if only the fact that Wolff has mentioned the name of Valentino, and Jorge Lorenzo, they should be flattered. However, you can’t think that he can do it.” 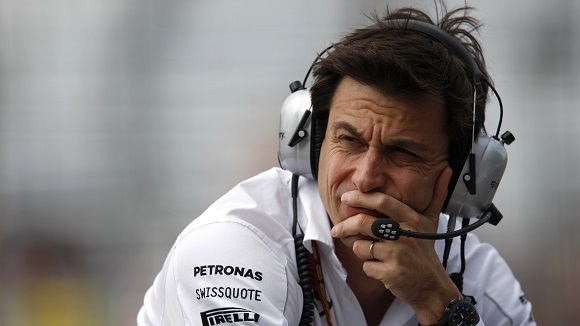 The four wheels passionate Valentino Rossi. He won for the fifth time the Monza Rally Show, but the mythical “Ago” said: “A few years ago, Valentino really thought to go to F1. But today, despite his great competitiveness, he is at the end of his career. Rossi or Mercedes can really think about a move like that. I imagine that Valentino could have fun, even if he would never be able to fight for the top positions. Today, the new F1 drivers have not even 18 years. But then, look at the results of the Rally of Monza, Rossi has won and you tell yourself. So, I understand because Mercedes wants him.”

Giacomo Agostini sees his record of 123 victories in danger. “Who could match or beat me today is Valentino Rossi. And then Marc Marquez. He’ll be the new Rossi. But I don’t know if I’ll still be here. Valentino is doing great things. This year went strong, improved in qualifying. But he also made fewer mistakes that he could even do.” concluded Giacomo Agostini.

0 0 0 0 0
Previous ArticleIllegal Betting: New Partnership Between MotoGP and Sportradar
Next ArticleSBK Championship is Less Attractive than the MotoGP. The shock Dorna proposal
Comments (0)