Lucio Cecchinello’s LCR Honda team will increase to two drivers in 2018. Takaaki Nakagami becomes Cal Crutchlow‘s team mate. Now the team boss revealed why he was expecting great things from the Japanese. Takaaki Nakagami, 25 years old, will be promoted to the top flight in 2018. Team boss Lucio Cecchinello thus achieved the goal of reinstating two drivers in his MotoGP team, including Jack Miller and Cal Crutchlow in 2015.

Takaaki Nakagami has won two Moto2 class victories so far and was on the podium twelve more times. Also, there are four pole positions. He is in sixth place overall in the Moto2 World Championship. The Japanese rider was awarded a direct contract with Honda Racing Corporation for the 2018 MotoGP season. After the announcement of the deal with HRC, Nakagami won the race at Silverstone. The contract with HRC gave him a boost. It is about recognition, perception and its future. That’s why he showed an excellent race at Silverstone. He couldn’t have celebrated this news any better,”LCR team boss Cecchinello laughed to motogp.com. 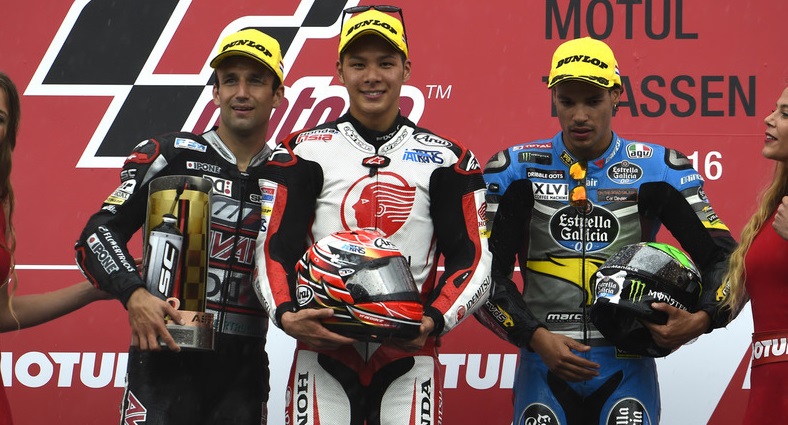 Nakagami’s results fluctuate in the Moto2 class. But team boss Lucio Cecchinello is not a big worry – thanks to the strong performances of Jonas Folger and Johann Zarco as MotoGP rookies. It is also a difficult question for us how strong he will be. There are riders like Tito Rabat who were good in the Moto2 class, but who had serious problems in the MotoGP class. Others, such as Zarco, do their job well in the top division. Judging the potential in advance is difficult. We will do our best not to put him under pressure, in his first year, because this can be dangerous, warns Cecchinello.

“We expect him to show his potential in the course of the season. I can say we have gained more experience with young riders than other teams,” said Cecchinello, who has been in charge of riders such as Casey Stoner, Stefan Bradl and Jack Miller in their rookie season in the top division. What material will Nakagami receive? Honda is planning to provide all three rookies with a 2017 Honda at the Valencia GP stand next year. “So the bike that Marc, Dani, and Cal will use for the season finale 2017. But I also expect to see development during the season, for example when Nakagami shows his potential.”

0 0 0 0 0
Previous Article2018 Yamaha X-MAX 125: Can you no longer buy with the Bitcoins?
Next ArticleValentino Rossi: "We have to train differently." The Yamaha Champion talks about the injury
Comments (0)