Soundgarden frontman Chris Cornell -There were the components of the Soundgarden band. But also actors such as Brad Pitt and James Franco and the great names of rock like Dave Navarro and Tom Morello. So, many celebrities participated the funeral of Chris Cornell. It took place at Hollywood Forever Cemetery in Los Angeles, on the notes of “The Promise”. It is one of the last pieces composed by the lifelong musician. At the end of the ceremony, Chris Cornell fans went out of the cemetery to leave flowers, messages, and prayers for the frontman. The Cornell’s family buried his ashes alongside Johnny Ramone. He was the leader of The Ramones punk band. 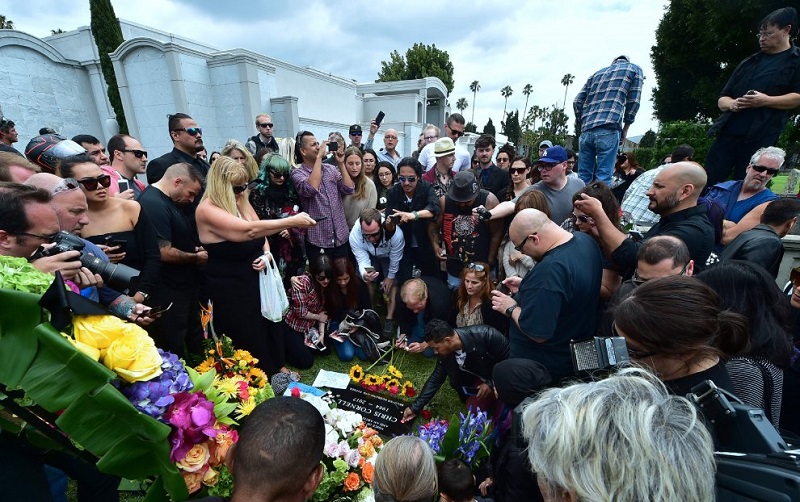 Audioslave and Soundgarden frontman Chris Cornell was a great lover of motorcycles. Several years ago, the singer had a serious bike accident. He narrowly escaped serious injury or worse. When his motorcycle was rear-ended by a truck in the Studio City area of Los Angeles, in the USA. Chris Cornell was catapulted 20 feet into the air and suffered severe cuts and bruises. But he was able to get up and walk away from the accident. His bike was completely destroyed. 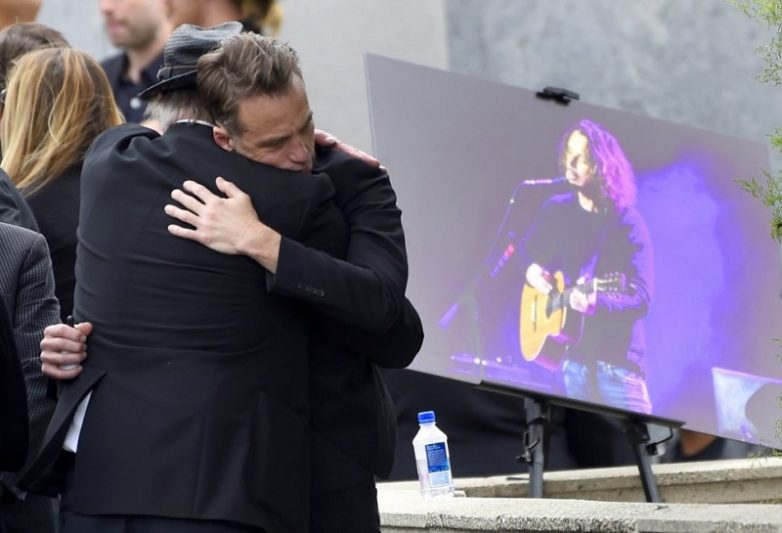 The circumstances are unclear

“The family thinks that if Chris really committed suicide, he would do it without being able to understand. In fact, drugs or other substances would affect his actions.” So, the family commented on the Soundgarden frontman Chris Cornell’s suicide. The circumstances are unclear. The family also says that “without the results of toxicological examinations, we cannot know what happened to Chris or whether some substance contributed to his death.” So, the family hypothesizes that Cornell may have taken an Ativan (Anxiety) dose higher than the recommended one. Paranoia and suicidal instincts are also indicated as potential side effects of the drug.

0 0 0 0 0
Previous ArticleBMW Motorrad Concept Link, the new Era of of urban mobility on two wheels
Next ArticleNicky Hayden funeral will take place on May 29 in Owensboro
Comments (0)