Rossi vs Dovizioso – The new battle for the 2017 MotoGP Title seems to have two new protagonists. Rossi vs Dovizioso. “Never like this year the situation changes every week. The 2017 MotoGP World Championship is open and we’re there. In Germany the track is different. We hope to be competitive there as well. The best thing is just the feeling you get after the victory. I said it would last a few hours, it went on one day.” Rossi said during the 2017 German GP Press Conference.

Rossi vs Dovizioso: First fight at the 2017 German GP

Valentino Rossi is getting ready to get back on track at Sachsenring after the triumph in the Netherlands. The Yamaha champion arrives at the 2017 German GP loaded from last week’s masterpiece. “The weather could be negative over the weekend and we should be prepared for all conditions.” Valentino Rossi said. “It’s a very interesting Championship, with riders very close.” Rossi vs Dovizioso has already begun. 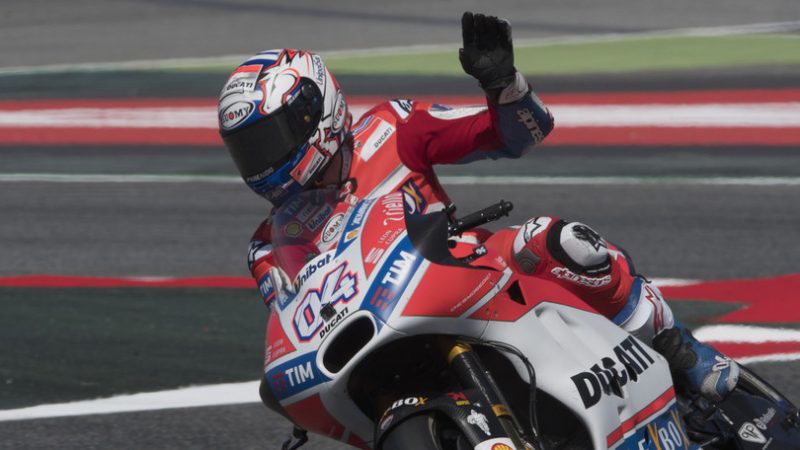 “I’m really happy with the way we worked perfectly. After eight races say it is really a dream. ” Andrea Dovizioso arrives at 2017 German GP MotoGP standings leader. Ducati rider, however, admits that the Championship is wide open. “We have to keep fighting. Fifth place in Assen is not too positive. But the conditions were difficult and rather easy to make a mistake. I decided not to take any chances. Obviously, I’m happy here in Germany. Trust is very high, there is a very good feeling with the bike and with the team and this is a positive factor in the end result. ”

But each race has a different story. “The weather here is not new, the asphalt will make a difference. The Championship is open and impossible to make calculations. With the situation that we have this year, anything can happen, and if the weekend goes wrong you can lose many points.”