The Office Of United States Trade Representative is in charge of US international trade, commodity, and direct investment policy overseeing negotiations with other countries. It created a list of European goods that proposes to tax with 100% customs duties. Such as meats, vegetables, chewing gum, flowers, mineral water and another hundred imported goods from European countries.

It would be a serious problem for many US industries

At the end of the long list, there are also “motorcycles and cycles fitted with an internal combustion engine with a cylinder capacity exceeding 50 cc and 500 cc“. If the proposal would pass, it would be a serious problem for many US industries. Because they export motorcycles and scooters included in that range. 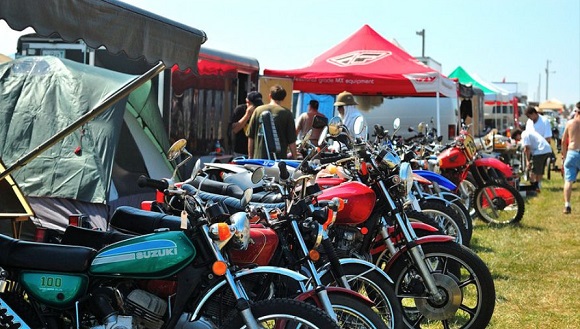 There isn’t a logical link between motorcycle and meats

So, the AMA (American Motorcyclist Association) said that there isn’t a logical link between motorcycle and meats. It is absurd to consider this proposal for the AMA. If the availability of bike could have these unjustified sanctions, many dealerships will close. Then, many Americans will be out of work. The effects could touch even the sales sector and the sporting events.

Not Only the Office Of United States Trade Representative

The protests also arrive from the European side. ACEM said there is no justification for that measure. There is no reason the motorcycle industry should be dragged into trade disputes about foodstuffs. ACEM is obviously after the issue closely. So, the American citizens have the opportunity to oppose their opinion on the federal regulation portal. They have until February 22 to release its comments about.

0 0 0 0 0
Previous ArticleMovistar Yamaha MotoGP Team: Finally the Presentation
Next ArticleValentino Rossi has a new Light in his Eyes. The New Yamaha is Born
Comments (0)