New Honda X-ADV – Have fun on two wheels, always and everywhere, challenging themselves and the laws of physics. This is the “Marquez-thought” when it comes to motorcycles and seemingly unattainable goals.

A surprise for Marc

But outside the hotel, there was another surprise for Marc Marquez. The new Honda X-ADV. It is the first and only “two-wheeled SUV”, equipped with special studded tires and ready to take him to the departure of his challenge to the Hahnenkamm. We all know very well the fighting spirit of Marc Marquez and his predisposition to the show. However, the 2016 MotoGP World Champion just uses the Honda X-ADV for easy transfer. 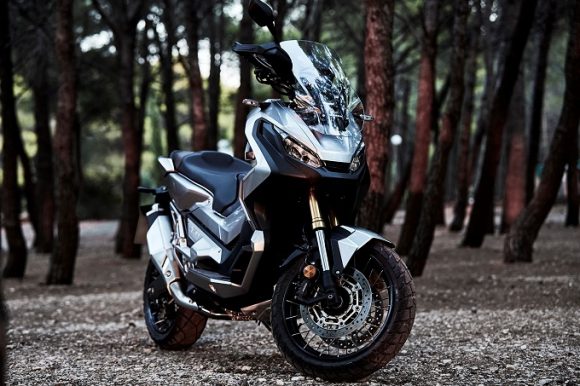 In fact, after just a few minutes, Marquez was already “sideways” to test the qualities of the new Honda X-ADV’s extraordinary acrobatic. “It was fun to ride the new Honda X-ADV.” said the MotoGP world champion. “First of all I like, it’s sort of scooter, but at the same time a true SUV. So, I enjoyed driving on snow with studded tires. It was an interesting experience.”

The Japanese brand invents an exciting new crossover model. The new Honda X-ADV. It is a brilliant synthesis between the style of an SUV and the practicality of a maxi‑scooter. But it has all the dynamic qualities of a bike. The engine is the super efficient twin with 745 cc and sequential DCT (Dual Clutch Transmission). 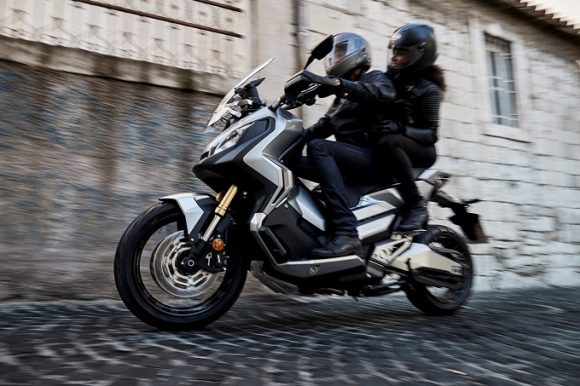