MotoGP Grand Prix of Italy FP1 – This morning, Valentino Rossi regularly fell on the track in the MotoGP Grand Prix of Italy FP1 at Mugello to test his physical condition. After 5 goods laps, the Italian champion came back to the box to relate his teammates and medical manager to his health. From the gestures, it was possible to understand that Rossi’s conditions are positive. The Yamaha driver has only a little pain, but it seems he can run 100%.

At the end of the MotoGP Grand Prix of Italy FP1, Andrea Dovizioso’s Ducati is first, ahead of the test driver Michele Pirro. Yamaha’s pilot made the fifteenth time at 1.119s by the pole. However, the most important thing for Rossi was “testing” his body and his movements in motion. So, it seems to be all pretty ok. 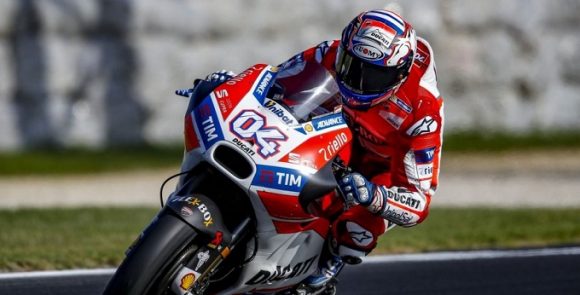 There are five Ducati in the Top Ten

Returning to the ranking of the times there are five Ducati in the Top Ten, in addition to those of Dovizioso and Pirro, there are those of Hector Barberà, Jorge Lorenzo, and Danilo Petrucci respectively in fifth, sixth and seventh position.

Maverick Vinales got the third time, Johann Zarco is fourth and Jonas Folger, with a new contract with Team Tech3, is eighth. Marc Marquez and Cal Crutchlow close the Top Ten. Eleventh time for Andrea Iannone’s Suzuki, which we remember at Mugello boasts a pole and two podiums at the time of the Ducati. Later Dani Pedrosa, who finished in the thirteenth position.

0 0 0 0 0
Previous ArticleBMW and Mercedes, USA Cars might have a German Accent [ALL NEWS]
Next ArticleConcept Bike: Pentagon creates a Hybrid Motorcycle For Special Forces
Comments (0)