Marc Marquez vs Andrea Dovizioso is the duel of the 2017 MotoGP World championship. It is an unprecedented fight. The Spaniard is used to fighting for a title, while the Italian not. Today I wanted to compare the two challengers. Look at this infographic. I’ve analyzed the last four GP of the last four seasons. Marquez has much more possibilities than the Ducati pilot, except in Australia, a track that the Honda driver seems not to like.

Marc Marquez has accumulated more points than Andrea Dovizioso, 234 vs 163. But the Italian did not finish a single GP, against the Spanish 4. It’s true that Dovizioso won only one race against Marquez’s four, who more often than not also fought for the podium (5 vs. 1). However, this year the MotoGP World Champion is competing with a different rider, capable of scoring points on tracks that are not very similar to him. Marc Marquez vs Andrea Dovizioso is a strange fight.

In Aragon, Marc Marquez sped up in the race for the 2017 MotoGP title. Andrea Dovizioso is 16 points away, while Maverick Vinales is 28. The world champion wants to win the sixth World Championship, the fourth in top class. The next round of the championship will be significant for the Marc Marquez vs Andrea Dovizioso fight. In two weeks’ time, the Motegi World Championship will be in Motegi for the Grand Prix of Japan. A particular race for the Honda, owner of the circuit. A year ago the Spaniard won and graduated as a world champion. 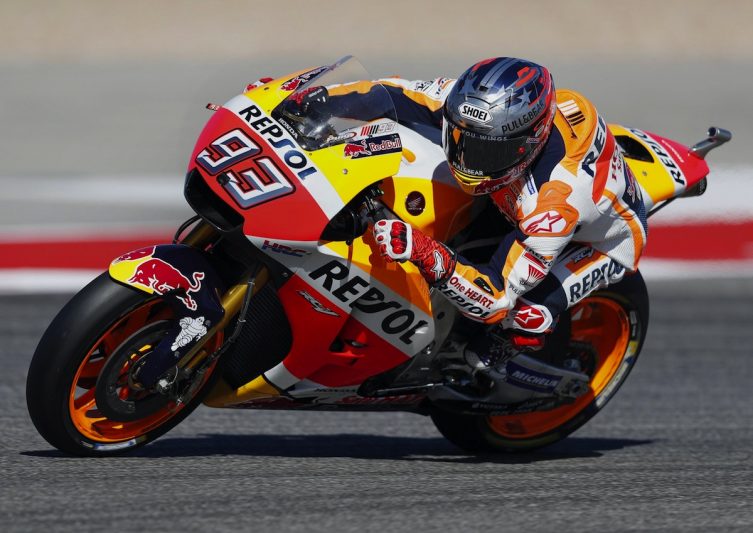 MotoGP, Marc Marquez on the fight for the title

Marc Marquez said in an interview to the daily AS newspaper he does not want to lower his guard and that it is still early to rejoice. “Without a doubt, it is better for me to be the leader. I have a small’ mattress’ that allows in a minimal margin of error thanks to those advantage points and are more comfortable. If you’re behind, you can’t make a mistake.” 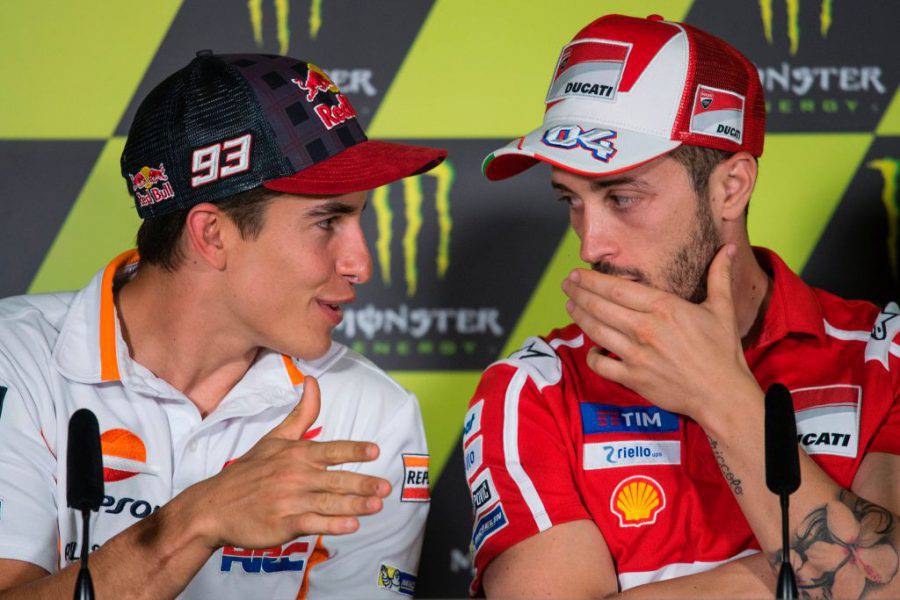 There are now three major races like Motegi, Phillip Island, and Sepang. It is therefore important to be at the top of the line to be ready for any event, including climate change that may affect races. “We will deal with everything well,” said Marquez. “We are preparing ourselves. It is important to charge the batteries. They are three appointments in a row with time changes. So, these are energy-consuming things. But we look forward to getting there and see if we can maintain the advantage. I think my GP will be harder Motegi, but last year was not so.”

“I hope to get to the final race as world champion. I believe everything will be decided in Valencia for the title. It’s one circuit where I raced the most, as a boy I came to train, then the Spanish championship races. If I have to play the title, it’s a track I like and where I’m going well. The key is to see all rivals in the same way. Not only the two that you play the title with. Lorenzo can win in Japan, which is also Ducati’s quickest rider there and can win the race. You cannot control a single pilot or two.” 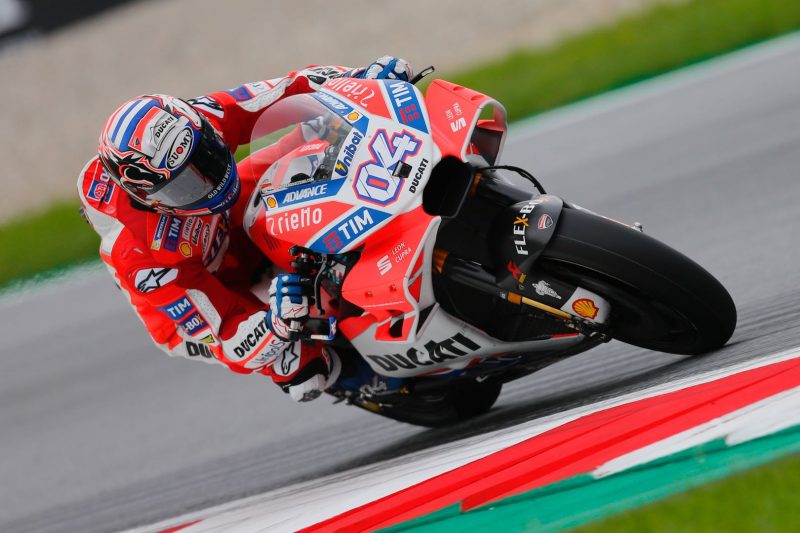 After the Era Stoner, Ducati returns to compete for the world championship with Andrea Dovizioso, who is challenging the title race with Marc Marquez. At the beginning of the season, the Italian team didn’t think they could live this adventure. After the super salary offered to Jorge Lorenzo, combined with his past MotoGP results, I believed that the role of Ducati’s first driver would be Jorge Lorenzo, but so far it has not been. The former Yamaha, in fact, experienced a very particular situation. In this vintage, in fact, Jorge Lorenzo suffered terribly from the new bike. On the other side of the pit, however, there has been exponential growth on the part of teammate Andrea Dovizioso.

Ducati has continued to work tirelessly to meet the needs of Jorge Lorenzo. He wants a bike that is less robust and sweeter in turns. The results are indeed coming. But Dovizioso seems to be suffering the consequences. In the last two races, the Spaniard appeared to be the fittest Ducati. It is a fact in contrast to the rest of the season. In San Marino, in fact, until the crash, the Spaniard was clearly in the lead with an excellent advantage over all the others. Dovizioso, on the other hand, despite being an expert in wet races, closed 3rd as he never seemed able to attack the first ones. 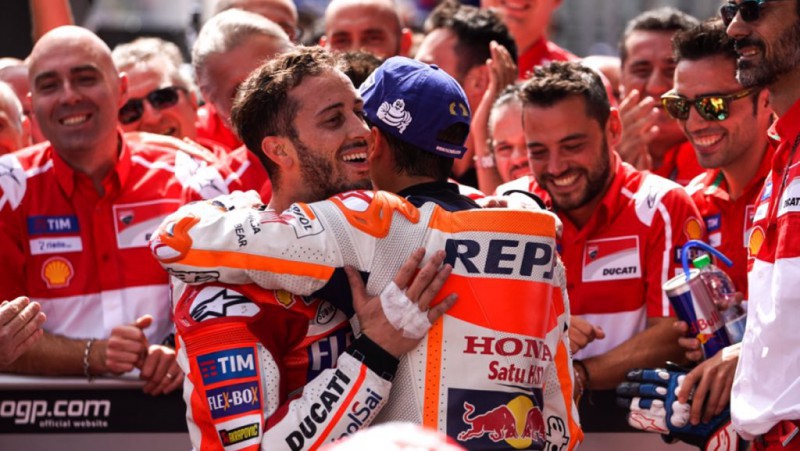 Worse still went to Aragon where Jorge Lorenzo was at the top of the race for long stretches and ended up on the podium, while Andrea Dovizioso took 7th place. In short, it seems that the Spaniard is taking giant steps forward on his Ducati. But on the other hand, these changes are not benefiting Andrea Dovizioso. He is moving away from the former. So, the Marc Marquez vs Andrea Dovizioso fight could be more difficult. Undoubtedly, the problems complained by the two riders in recent months have always been similar. But probably the forcing made to adapt this Ducati to Lorenzo’s style is distancing it from what is Dovizioso’s way of driving. The choice made by Borgo Panigale is understandable, but cannot be shared 100%. As far as this year’s performance was concerned, Dovizioso probably deserved Ducati’s re-corrosion of him and certainly not Lorenzo.