So far, the Japanese brand has never decided to turn into reality, despite the fact that many fans wanted to see them in dealerships. But with the success of the “modern-classic” segment and the rise of the Yamaha XSR, this year the Kawasaki Z900RS is once again re-enacted. It would be a motorcycle directly inspired by the legendary Z1.

Kawasaki Z900RS  is a hypothesis from Japan

Japanese industry newspapers are already a lot of hypotheses about the new Kawasaki Z900RS, as shows the mock-up on the cover of the AutoBy magazine. It promises to be very close to what will then be the reality. A motion, the hypothetical Kawasaki Z900RS, that should share most of the mechanics of the current Z900. Then, with a powerful “four-cylinder” heart, which will combine a nice dose of “vintage-style”. Awaiting official confirmation, for the moment it is all and there is nothing else to do but wait to see what will happen. 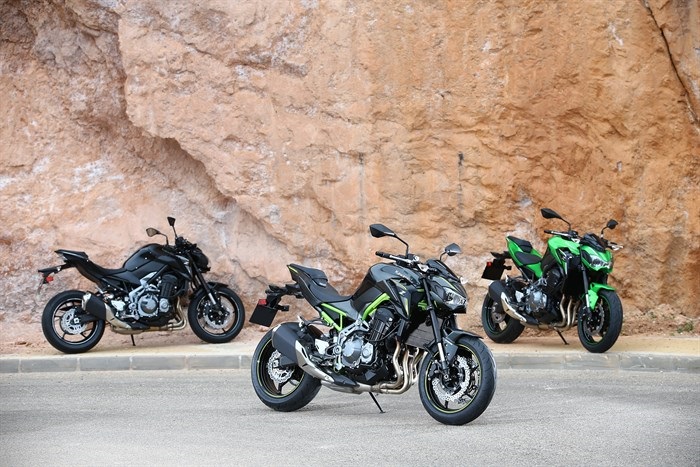 Kawasaki Z900 my2017’s style is unmistakably that of the last naked Japanese brand. It’s more modern and dynamic than the Z800 and less hyper-muscled naked Z1000. The typical twin headlights – this time with position light separately-mounted low and leaning forward – is the distinctive element of a design that plays with svelte lines and loaded on the front. Really like the greater simplicity compared to 800, the lesser use of plastic not always justified, as well as the idea of leaving partly in view of the new frame. It is painted green in one of three versions of metallic color available. Anthracite/black and the other two are in black base and black-green bicolor.

The new engine of Kawasaki Z900 my2017 is a 948 cc. Among the major changes, there are the crankshaft, the camshaft and the measures of the intake and exhaust lines. While the diameter injection bodies decreased from 38 to 36 mm, and the Pistons have adopted the same construction technology introduced on the supercharged engine H2. 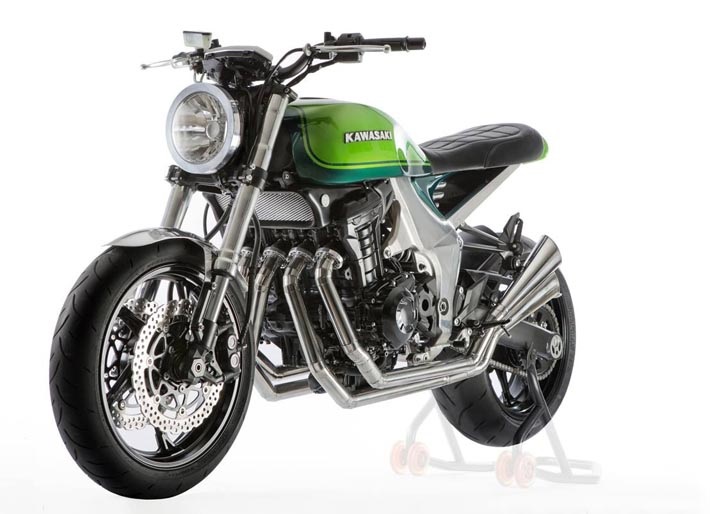 Made on the basis of Akashi’s Pepper, the Naked Z1000 anniversary is a super hot concept that mixes retro and modern technical solutions elements wisely can guarantee absolute driving pleasure. The result is exciting. Missing references to manga-style, the bike you decrease by any excess of design to find the neo-classical style of great aesthetic personality. A small masterpiece, this Z1000 anniversary, which would make the happiness of every rider.