Honda CRF1000L Africa Twin – New Honda CRF1000L Africa Twin appeared for the first time at Eicma 2014. It is the most awaited and admired motorcycle in the world. It’s the Honda’s bestseller. Aesthetically, the new Honda CRF1000L Africa Twin is a successful modern processing of his ancestor. In the front, it has the twin headlights, small and square, stretched outwards. The dazzling left off sports only a light contour at the bottom. The two arrows are always on and have daytime running lights, but not with a white led. The wheel is narrow, 21″, with ray circle, but also lean and elongated side panels, with a purely vertical development. All elements declare his off-road’s spirit. Even the engine is prominently and conspicuously wrapped and protected at the bottom. The attacks of the panniers built into the rear side panels can understand that this is also a street motorcycle. 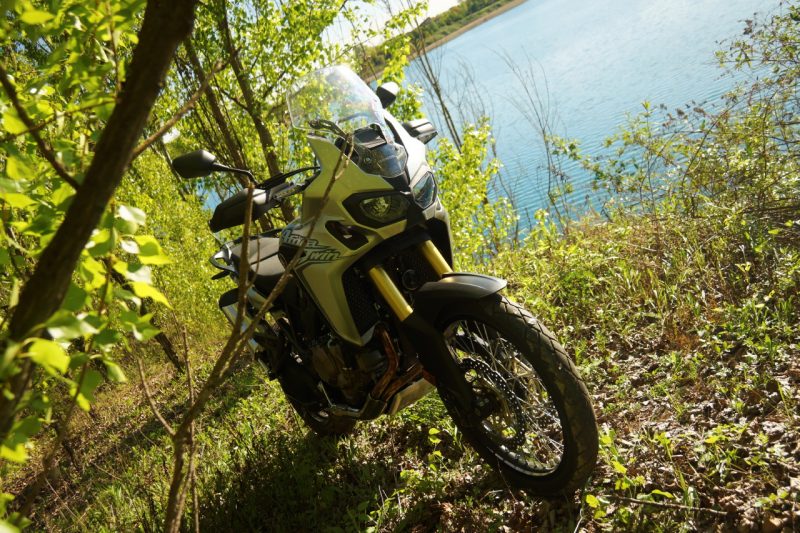 For this test, the New Honda CRF1000L Africa Twin is silver. Very sober compared with the typical tricolor. Backlit instrumentation, in negative mode, has a good readability even when the brightest light. Keys to navigate are on the left block and are quite intuitive and fast. Not very welcome the positioning of key with which to change the traction control. It is instead of “Pass” high beam, which ends instead (as on scooters) on the light switch lever. To us the choice doesn’t mind, because we don’t normally drive doing the lights for every occasion. 95 horsepower, up to 7,500 RPM, with maximum torque of 98 NM at 6,000. The Honda CRF1000L Africa Twin’s engine runs so quite low. However, it has the crank the shaft to 270°, the Unicam’s head with 4 valves per cylinder and especially a special relationship with the single cross of CRF and Enduro’s family. With these, it shares only the model code. The New Honda CRF1000L Africa Twin contains dimensions and centralizes the masses. So, it’s able to ride in off-road. The Africa Twin takes advantage of special materials and solutions, such as the water pump inside the clutch cover. Also the transmission  has been the subject of much attention, for example by adopting selectors that for the first 4 gears are drilled and weighing about a pound less. The power has been deliberately “contained” in the triple digits, but many say that this engine would be capable of much more, while maintaining a very high reliability. 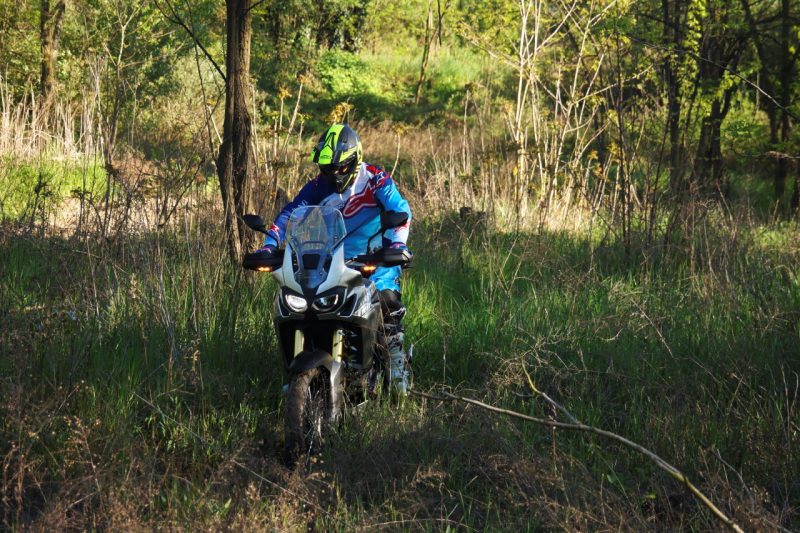 The driving position and the passenger are perfect, even after hours, so that makes you want to plan long trips, alone or as a couple. Attacks the panniers and all manufacturers specialized market of viable alternatives to the excellent original handbags (40 30 35 liters). She is funny between the curves, with the pleasure of stopping with a much-reduced pressure on the lever, just enough the only index finger to pull hard. Thanks to the two floating discs to Margaret, from 310 mm, to which is added the latter from 256. The Africa Twin mounts sintered pads Nissin. The ABS is turned off for driving off-road on rear wheels only. The weight is not felt even when stationary, so is well-balanced, while alerts with some wobbling on the brakes when driving at the limit, otherwise the Africa Twin likes also tackled resolutely cheerful and curves are a real bonus in this. Decent wind protection on the highway, but for those who travel a lot there is a higher version of the windscreen. 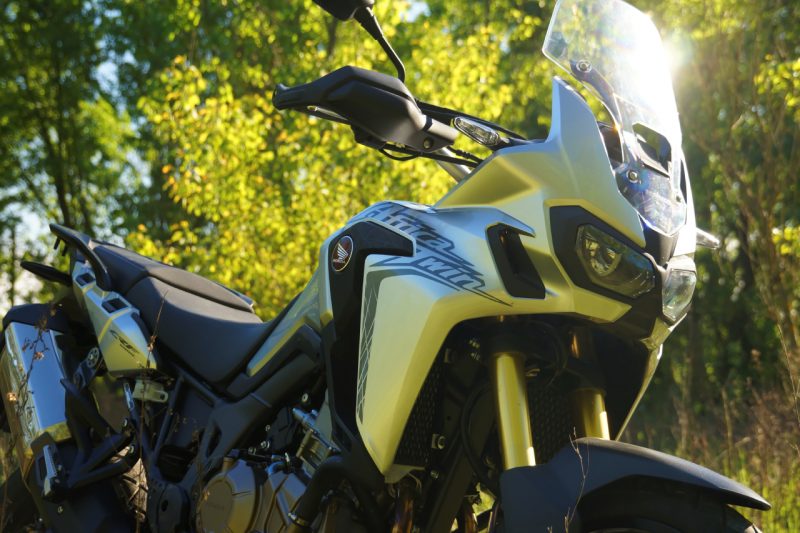 Thanks to moto.motorionline.com and Matteo Pozzi