Frenchman Johann Zarco started the season MotoGP so exceptional. The French rider showed up in five races his true potential. Johann is currently fifth in the standings and so is the best rookie 2017 with 17 points ahead of Folger. We see in the detail Frenchman Johann Zarco’s numbers.

Among satellite team riders, Frenchman Johann Zarco is the best at the start of this Championship and he proceeds Cal Crutchlow of fifteen points.

4 times in the Top Five

After Jean-Philipp Ruggia, Johann is the first Frenchman to finish on four occasions in the top five of the MotoGP class. 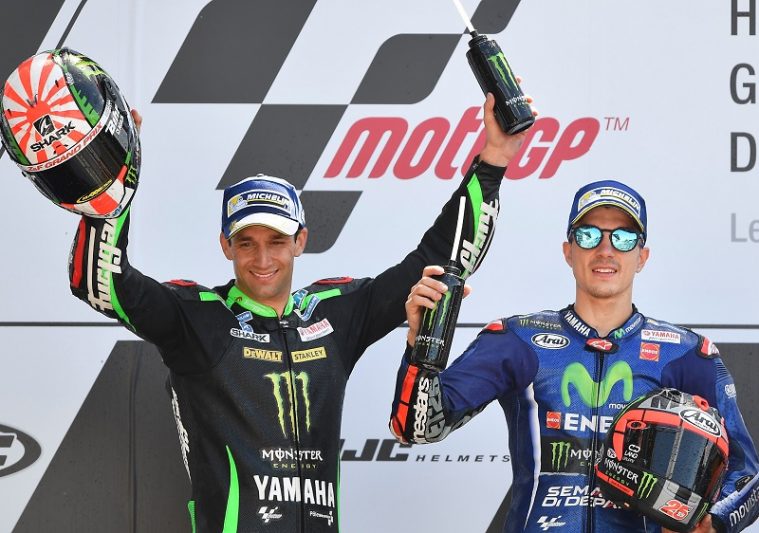 Before Johann Zarco, the only rookies went on the podium in the first five races were Kato, Bayliss, Pedrosa, Stoner, Lorenzo, Spies and Marquez. Among them Kato, Stoner, and Spies running as independent pilots.

Zarco is the third Frenchman to have finished on the podium in MotoGP after Olivier Jacque and Randy De Puniet.

It was from 2007 that a Frenchman didn’t take the second place in MotoGP. De Puniet succeed. In 2009, still third place, again De Puniet at Donington.

That hasn’t happened since 1988 that a French pilot took the podium in his home race in MotoGP. The last was Christian Sarron in 1998 at Paul Ricard.

After Sarron, Johann Zarco is the first Frenchman to finish in the top five four consecutive races.

At Mugello, Zarco will try again to get on the podium. The Frenchman has great possibilities and all big of MotoGP must be careful. The future is too, in addition to new star Maverick Vinales.