Ducati MotoGP World Title – Andrea Dovizioso is second in the 2017 World Championship rankings. A little-anticipated result, if you think his teammate is Jorge Lorenzo. But the Italian driver has more experience on a Ducati, a bike that looks more competitive than last year. Great engine, great frame, and even Michelin seem to smile on the Italian brand. However, Yamaha will not give up so easily. Maverick Vinales, the current leader, will try from the next race to move Dovizioso. What’s missing looks like the grip and a chassis capable of fighting with the Ducati? So, the MotoGP World Title could be real. 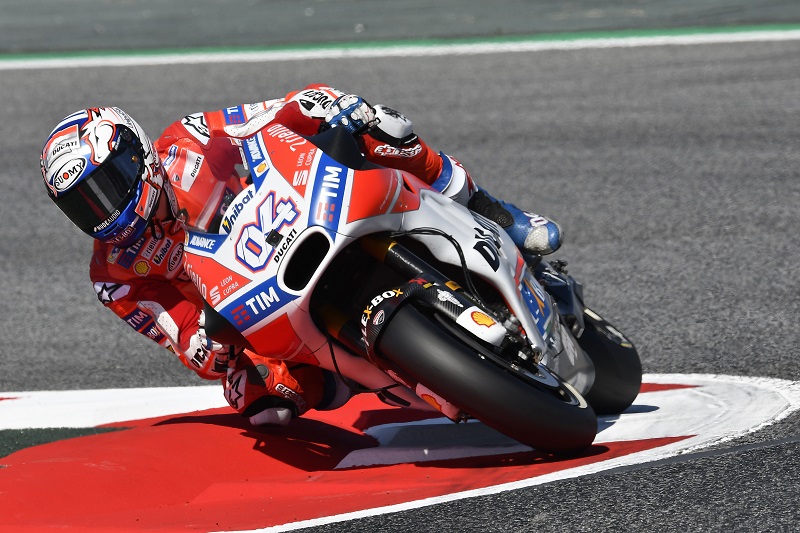 The bikes are not all the same and certainly, the Ducati is the most different from all the others. More and more restrictive regulations have often forced the MotoGP bikes to resemble each other. But Ducati has resisted and has never abandoned its philosophy. So, the engine and the horses that carry with it are the heart of the project. 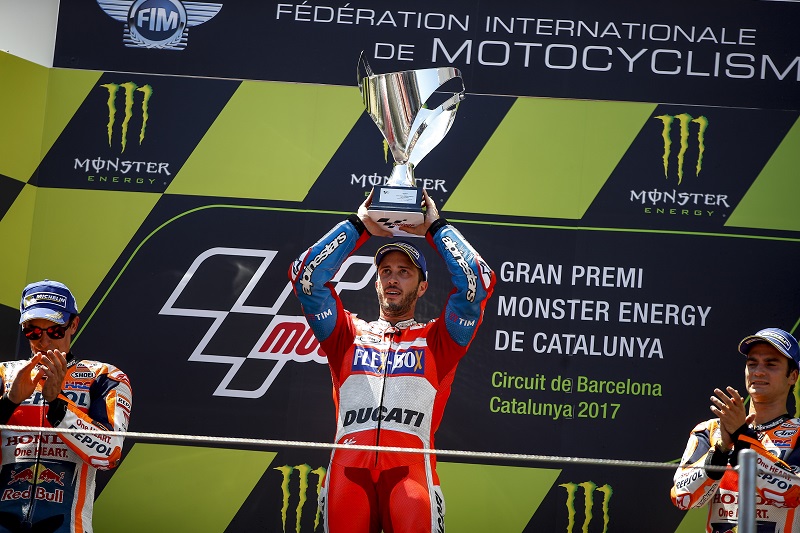 The Italian bike is rocking the rock

If the Japanese rivals are classical ballet dancers, precise at every step, the Italian is rocking the rock. Dovizioso is a missile in the straight line, has burning accelerations out of the curves thanks to perfect electronic controls and is stable as a stalactite. But the Ducati bike wants strong arms and great breath. “How did I win? I know this bike well and I know how to use its strengths and limit the weak ones.” Andrea after the victory in Barcelona said.

A motorcycle by men

The Ducati is a motorcycle by men. The Japanese bikes are perfect, easy and docile mechanisms. The Ducati sculpts and wants to keep the wrist. If the slopes were made just straight, the Italian bike would not have a rival, but with the passing of the years, it has been intensified without denying its origins. 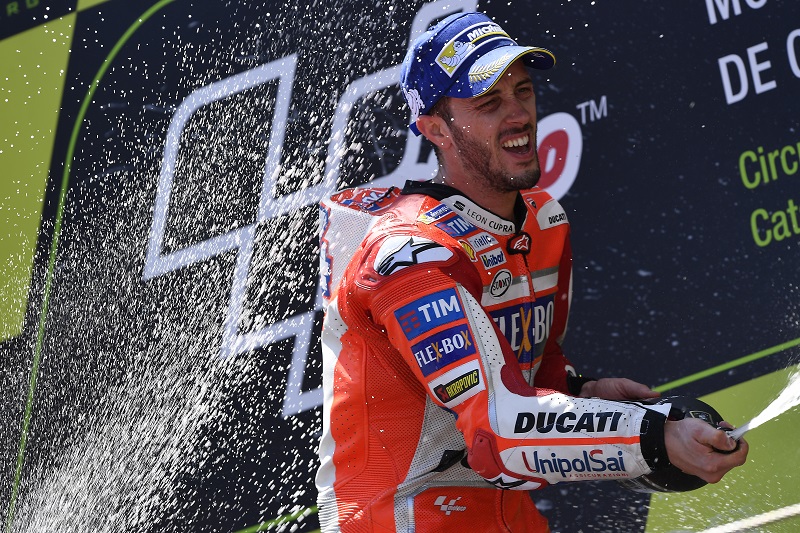 “We could win the 2017 MotoGP World Championships, we will not hide. It would be foolish not to think about it.” Paolo Ciabatti, sports director of Ducati, said. “Our bike still has limits, but not thinking about the World Cup would be a mistake. I thought something in Dovizioso unlocked last year with the victory of Sepang. We have always said that the first to not believe in its data was The same Dovizioso. Now Andrea believes. The opponents, with all respect for Rossi and Pedrosa, are mainly Vinales and Marquez.”

To those who claim that Michelin has favored the Ducati, he replies: “We have the tires that everyone else has. Dovizioso just prepared the race well … And I do not think Yamaha has a tire problem alone. Then, each race needs a lot of work to find the balance. The main problem of Montmeló was the ruined asphalt and the excessive heat.” 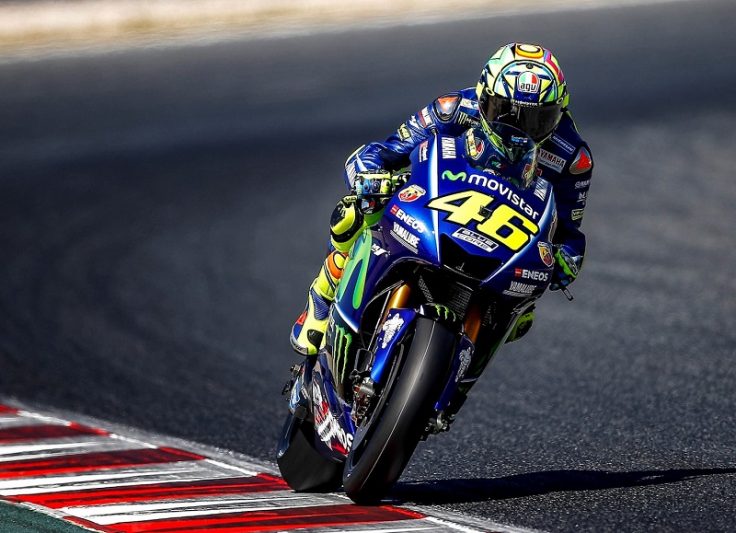 “If I had to run now, I would choose the new chassis. However, we still have to work a lot to improve the grip at the rear.” Valentino Rossi analyzes the difficult times of Yamaha through the Barcelona test. But tests at Montmeló are positive. “We had a somewhat different chassis, besides other things to improve the feeling with the front, which was what I missed this year. We did a good job, the bike is easier to drive, more precise, I like it more. We’re a bit of trouble with the grip behind, we still have not solved this problem.”

The evolution of the frame

“After this evaluation, Yamaha will start working on the frame next year. No more new things will come. Maybe there will be so many small things that can help us, but we must try to solve the problems as soon as possible.” The Italian champion said. The Japanese brand must work hard. Because the Ducati MotoGP World Title is possible. 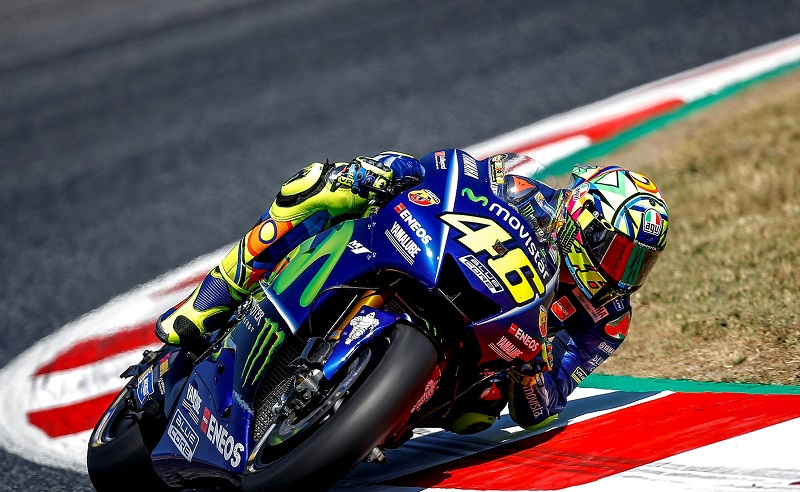 Degradation of back tire

“Today I have compared the race bike with this different chassis, which was what I asked after the Jerez test, and I found myself better off if I had to run now I would choose. Although it is true that the bike bends better and I I’m well. But we still have to solve the problem of the degradation of the back tire. Vinales? Maybe it will be better, but it’s normal to have different feelings. Because everyone changes the bike as he likes it.” Rossi added.