The new Ducati Panigale 1299 Final Edition is a tribute to the two-cylinder engine. It’s a piece of history of Italian brand and SBK. It’s not just a special and exclusive bike, but it’s a real certificate of gratitude and love.

From the first victory of Marco Lucchinelli with 851 in the first race of the SBK (1988) to 2017 with Chaz Davies and Marco Melandri’s victories with the Panigale R, Ducati two-cylinder engine has always been the protagonist of the SBK Championship. Desmoquattro, Testastretta, and Superquadro. In three decades the Ducati Desmodromic two-cylinder four-valve control engine has evolved, equipping motorcycles that have always left their mark by gaining over 330 World Superbike races. From 851 to Panigale R, through 888, 916, 996, 998, 999, 1098, 1198 e 1199, the two cylinders engine has always been a protagonist on the track than in the sports market. Therefore, the new Ducati Panigale 1299 Final Edition represents a tribute to the Supersport twin cylinder, mixing the best performance ever achieved by a two-cylinder racing chassis. 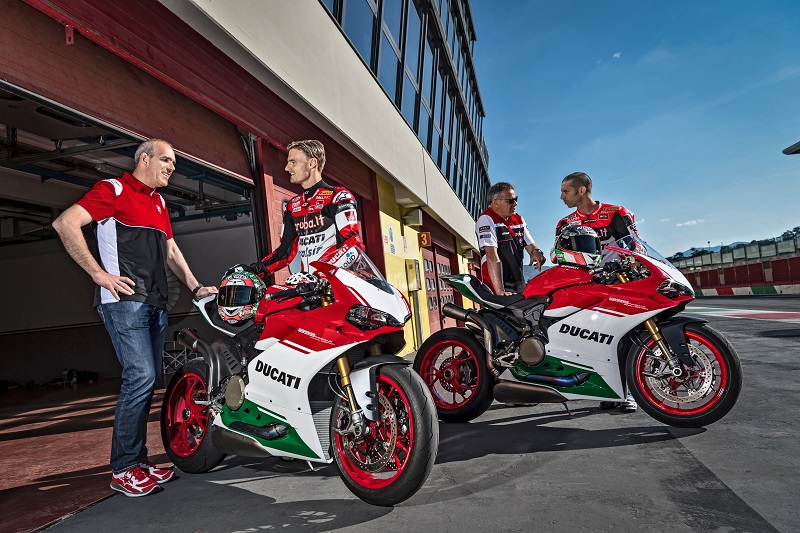 Ducati Panigale 1299 Final Edition is a limited edition road bike and represents the perfect balance of high-performance engine and chassis racing. The Oversquare derives from that of 1299 Superlight has 209 HP at 11,000 rpm and 14.5 kgm at 9,000 rpm. The chassis is the same as the Panigale R keeping the Öhlins suspension. 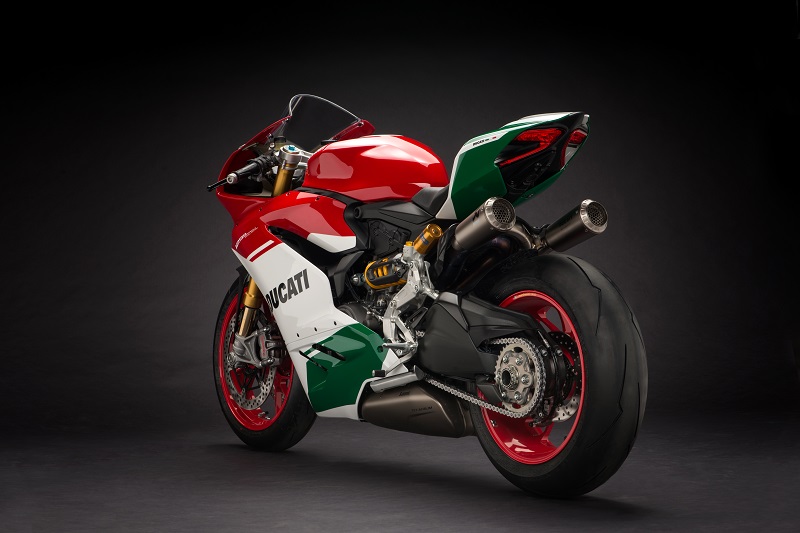 The electronics of the Ducati Panigale 1299 Final Edition leverages the Inertial Measurement Unit (IMU) Bosch and is equipped with ABS Cornering, Ducati Wheelie Control EVO (DWC EVO), Traction Control (DTC) system and Engine Brake Control (EBC). All these systems are adjusted depending on the Riding Mode entered (Race, Sports, and Wet) and can be customized. In addition to the technical content of the highest level the unusual Green, white, red with red circles makes the new Ducati Panigale 1299 Final Edition a unique bike and collectibles. The limited edition will come from dealers in July at a price of 39,900 euros (45533 $).

0 0 0 0 0
Previous ArticleKawasaki Z900RS could become reality. How much it might cost?
Next Article2017 Goodwood Festival of Speed Fastest Supercars: The Full List
Comments (0)