Davide Brivio – A great start for Suzuki in 2016. The team manager Davide Brivio describes the victory of Maverick Viñales at Silverstone in this way. Despite next year the new Spanish star will go to Yamaha with Valentino Rossi.

During the 2016 season, Suzuki GSX-RR is able to compete for the top places in the MotoGP World Championship. It is fast among the protagonists of the premier class. However, the Japanese team already looks at the future challenges. Next year, also the new riders Andrea Iannone and Alex Rins will try to win soon. At Silverstone “was very nice to win,” says Davide Brivio in an interview with Motorsport. “It is very important to do it even in the second year of our project with the new pilots. All the racing Department in Japan did a great job.This victory is a starting point. It becomes a new incentive. New energy to improve us.” 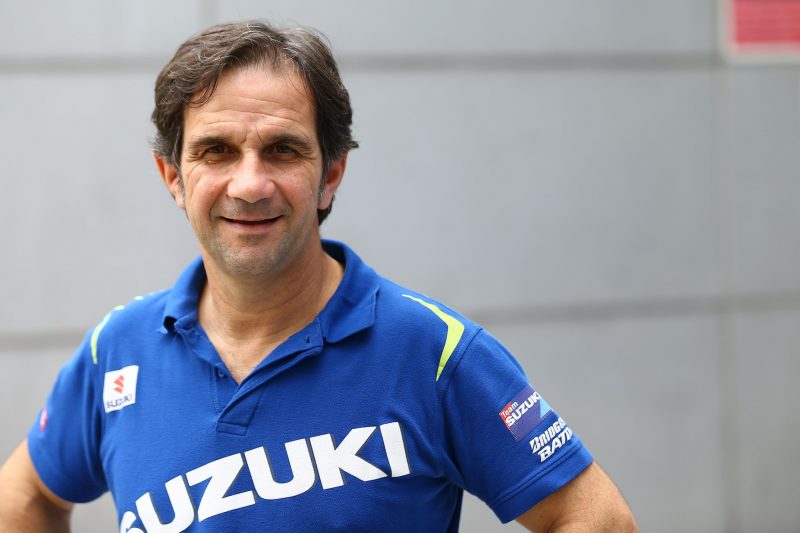 Davide Brivio: “Our victory was a little surprise“

“The victory isn’t an obsession.” added Davide Brivio. “Our goal was to try to stay in the top six of the World Championship and to arrive on the podium when there is opportunity. This victory was a little surprise. Not expected. But we dominated it from start to finish. Of course, there’s a great merit of Maverick. Maybe this win gave him and us more confidence in what we can do.”

Now Maverick Vinales is more mature, fast and certainly much more ready. Soon he will change home to ride along Valentino Rossi. “They are both two great talents.” added Brivio. “Valentino has already won a lot. Maverick wants to win a lot. Vinales is a very intelligent and he wants to go fast. I think that in Yamaha he will want to do better than Rossi. If he does this on the same bike, definitely this will have a big impact on him.”

“If there is a moment of difficulty, Yamaha Valentino could do better than him and this will keep him awake or otherwise put him a goal. From this point of view, probably will still have plenty of room for improvement. This will make him stronger. In conclusion, Valentino has the experience, is strong, but he must be careful to Maverick. It will be an incentive for him too.”