Chuck Berry – Rock and Roll Music Legend – Family, friends, and fans paid tribute to Chuck Berry – Rock and Roll Music Legend, a man who has inspired many guitarists and bands. St. Louis fans were able to see for the last time the legendary guitar of Chuck, the Gibson cherry red bolted to the inside of the lid of his coffin. The funeral included live music, and the Rev. Alex I. Peterson wanted to celebrate the life of Berry rock’ n roll style.

Former President Bill Clinton sent a letter that was read at the funeral. “He has captivated audiences around the world.” Bill Clinton wrote. “His music spoke of the hopes and dreams that we all had in common. I and Hillary grew up listening to him.” Paul McCartney and Little Richard both notes sent condolences. At the end of the funeral, a brass band played “St. Louis Blues”, while Berry’s coffin was closed. 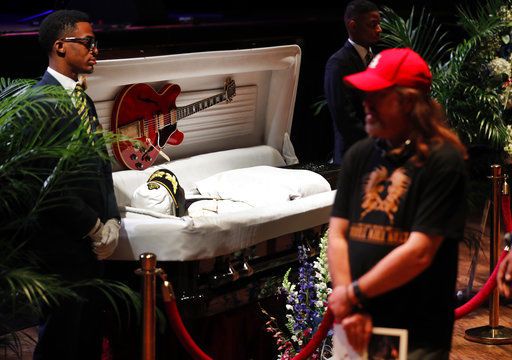 I love Chuck Berry – Rock and Roll Music Legend. Not only a legend, a man who made music history. There are no photos of the great Chuck while riding a bike. But being an icon of rock we want to dedicate a motorcycle. The Indian Springfield. The first historic headquarters of the oldest American brand inspired the name. The bike is very similar to the Chief and inherits the engine Stroke from 1,811 111 cc Thunder. It’s a “convertible”. Because it has some accessories, removable in minutes to transform it from an essentially touring cruiser. 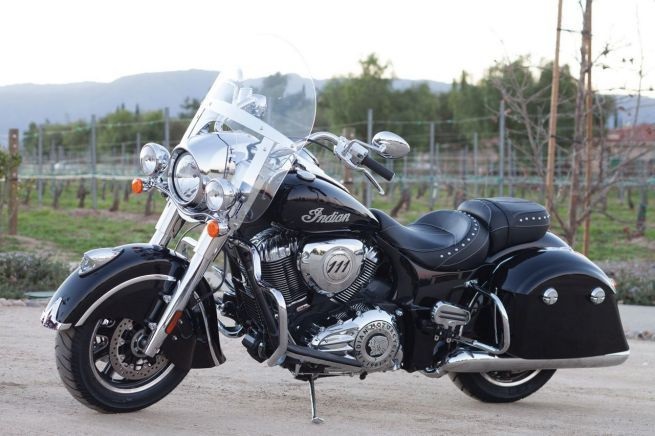 Indian Springfield has a windscreen and two removable side panniers. While the long list of accessories allows an upgrade into a touring with large carrying capacity. The frame is the same of the most voluminous bagger Chieftain and Chief Vintage. In practice, without bags and windshield is a Chief Classic equipped with the two extra headlights and seat, upholstered in leather. And also for the passenger who can also count on the rear seats. With accessories mounted on the other hand is a completely new model, which differs from the Chief Vintage for the presence of hard cases with distance, and the Chieftain for the lack of fairing.

The price of Indian Springfield is slightly higher than that of Chief Vintage. The new Springfield is available in Black and Red. It costs $20,999 in the US. While the price in Europe it is around 27,000 euros.