BMW R60/2 – The 1967 BMW R60/2 is a bike that inspires passions and interests. A lover of this German model has designed a special interpretation. The special feature is that it uses an extensive amount of Lego.

Because it can create a series production, however, it serves to reach 10,000 supporters. This is the spirit of LEGO Ideas. A program that allows fans to present their new work, offering it to the vision of the other in a gallery on the official website. Here we measure the consent to gather supporters to new ideas. 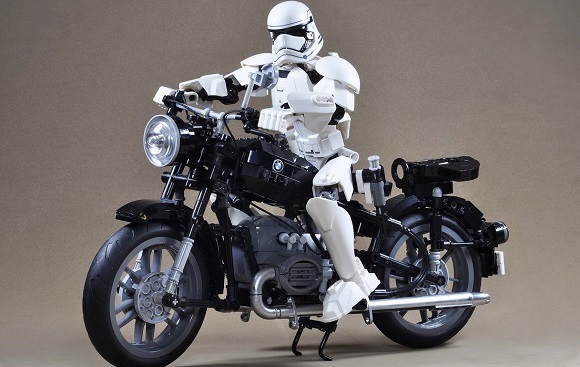 The achievement, in due time, a sufficient number of supporters the company considers the possible price list. This could happen for the BMW R60/2. We know it for its robustness and reliability. The name of the author is maximecheng03. Now he has about a year and a half to reach 10,000 supporters. Certainly among these there will be many lovers of German twin-cylinder that inspired the creativity of the author. He has the merit of a very faithful replica to the real model, even in the details of the stand. 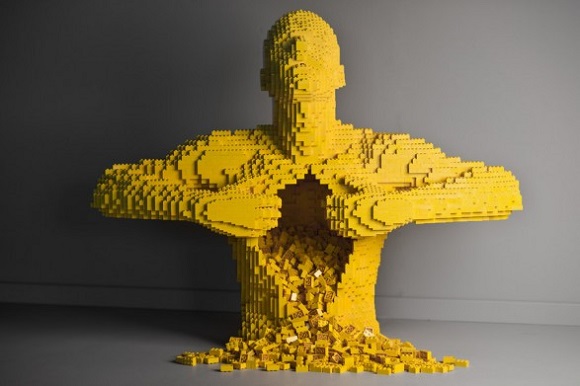 The Art of the Brick

The Art of the Brick is an exhibition of the young American artist Nathan Sawaya. A true artist of Lego. The exhibition includes more than 100 works of art made with Lego bricks and built with over one million pieces. Combining pop art to surrealism, Sawaya has cheerful and colorful 2D and 3D creations, including reconstructions of masterpieces that are universally recognized. For example. Leonardo’s Mona Lisa, the Venus de Milo, the thinker by Rodin, Vermeer’s girl with a Pearl Earring, and even a 6 meter long dinosaur skeleton. All made of Legos.

It entertained millions of art lovers

“It’s one of the 10 exhibitions to see in the world.” told CNN. The Art of the Brick is accessible to all, both young and old. The works are a small part of what everyone, with their imagination, can experience thanks to Lego bricks. The exhibition has already entertained millions of art lovers from the United States to Australia, from Taiwan to China. As well as in important European cities such as London, Paris, Milan and Brussels.

Nathan Sawaya is born in Colville, Washington. Then, he has grown in Veneta, Oregon. As a child, he loved to reconstruct the world with Legos. Before he became a lawyer. But after years he decides to leave this career to return of his first loves and devote himself to the Lego’s great construction. Today Sawaya has more than 4 million colored bricks among his atelier in New York and Los Angeles, and he exhibits his creations worldwide.

0 0 0 0 0
Previous ArticleMotoGP Schedule: What awaits us in 2017? Let us Remember
Next Article2017 MotoGP World Championship, Jorge Lorenzo has a new idea
Comments (0)