BMW luxury segment – BMW is presenting for the first time an independent brand presence for the brand-name luxury segment. Under the name “Bayerische Motoren Werke” and with the help of a BMW logo specially designed for this purpose, one would like to create a collective identity for the top models.

BMW plans to sell the luxury models (7s, 8s, X7, i8 i8 Roadster) more from the series, also visually. With its positioning as a standalone product category and the associated brand appearance, one would like to sharpen the profile of BMW’s most exclusive vehicles. The regular BMW brand presence remains unaffected by the changes. The brand name for the luxury segment of BMW was developed in cooperation with the agency Serviceplan.

Extensibility of a brand profile has limits as is known. BMW, however, has implemented a premium/luxury segment specifically for a few vehicles using a separate brand name, is only partially apparent. It is because if you follow such a clustering. You quickly land with five or six own brands, which immediately lead to a complex picture: luxury, premium, standard, basic, electric, hybrid, hydrogen, etc. each positioned as a premium brand among the automotive manufacturers, an additional emphasis on luxury/premium is redundant. What about the 6 Series? Is this now no longer a premium / upper class? 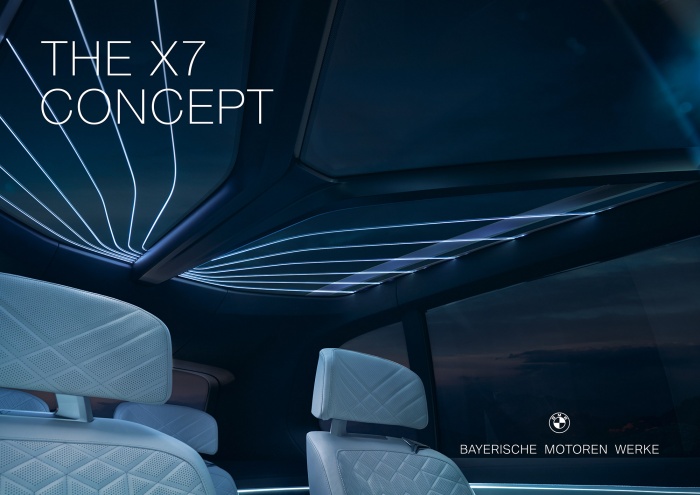 The new brand appearance secretly serves as a prototype and CD concept for the future appearance of the overall BMW brand. Given the numerous conversions of auto mark marks to a simplified representation – see Mini, Audi, Citroen, Opel, and Seat – nobody would be surprised, the simplified BMW logo would soon be found again on all BMW vehicles. On the other hand maybe in a few years but again glossy look and bling is announced.