At 2017 San Marino Grand Prix, there will be only Maverick Vinales. The Spaniard will be orphaned by Valentino Rossi. The Italian champion had a fracture of tibia and fibula with his enduro bike. “Unfortunately we will be at Misano without my team-mate Valentino. I am unfortunate,” Vinales said. “It is an extraordinary race for him; it is his home race. So, it won’t be the same without him. I wish him a speedy recovery, and I hope I can get back to the pits as soon as possible.” 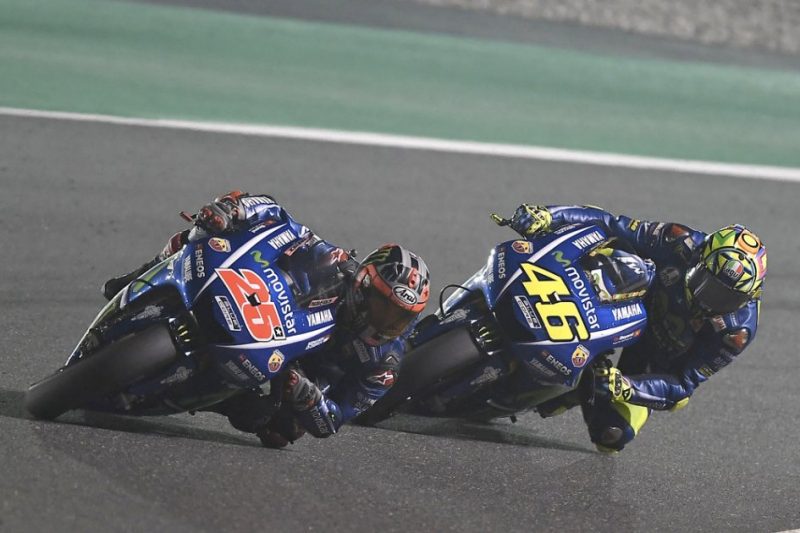 “We’re very motivated after the Silverstone’s podium. So, we are still in the right direction.” Maverick adds. “I’m beginning to have the same feelings on my M1 early season, and it calms me down. Also, it allows me to focus on target to score points every race. The tests done here in Misano some weeks ago have been very active, and we have improved many things on set-up. I’ll try as always to give my 100% to bring another victory at Yamaha.“

“Three weeks ago, we had a great weekend in Silverstone,” Meregalli said. “Maverick is confident and focused at 100%. Now the Championship is very short; we are looking forward to this date. Valentino’s accident came as a gray cloud over the event. We will miss him. So, we wish him the best shooting, and we look forward to seeing him again as soon as possible.”

Valentino Rossi, the great absentee, still wanted to greet his fans in this way. “It’s a great shame not to be able to be at my home race,” Valentino said. “2017 San Marino Grand Prix is critical because I could run in front of my fans. But I have to treat me well after the injury. The team is supporting me during rehabilitation. I’m okay, I didn’t look too bad, and I have already started a physiotherapy. The time of recovery will not be quick. But I will do everything I can to get back on track as soon as possible. I have to thank everyone for the love you have shown me these days. See you soon!“