2017 Mugello GP race – The Ducati of Andrea Dovizioso wins the 2017 Mugello GP race. Second place for the Yamaha of Maverick Vinales, the leader of the 2017 MotoGP World Championship. The third is Danilo Petrucci. The Italian GP tells you something important. Couples Yamaha and Ducati have flipped. Maverick Vinales and Andrea Dovizioso are stronger than Valentino Rossi (fourth) and Jorge Lorenzo (eighth).

Rossi and Lorenzo had started well. For some curves, the two great rivals sought to gain the first position of the 2017 Mugello GP race. But it was not enough. The two teammates, Vinales and Dovizioso were faster. Now they will try to compete for a 2017 MotoGP Title, which seemed only a matter of VR46. The Italian champion sees move away from the tenth title. 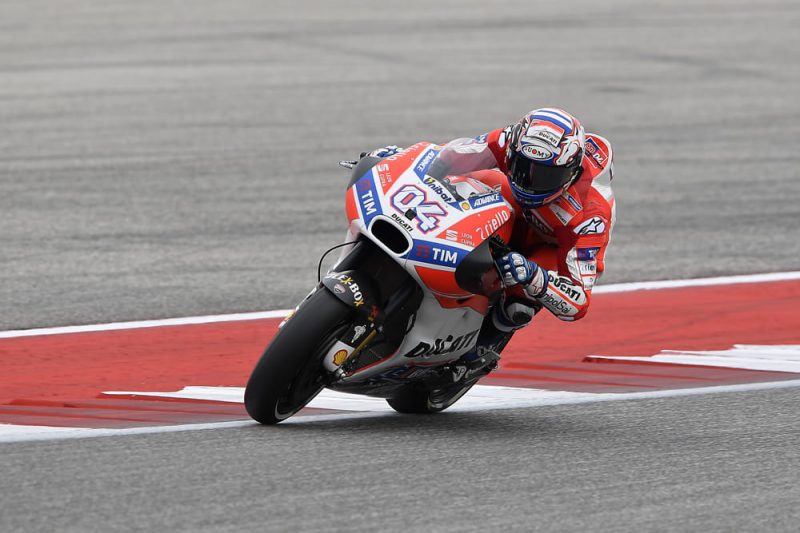 “A lot of emotions during the race. Before the race my physical condition were not so many and not feeling well before a race at Mugello is not the best situation,” said Andrea Dovizioso. “We had a huge support from Ducati and all the fans. The team has worked very well. I really wanted this victory. It’s a dream come true for every driver Italian so for me today.” The previous victory of Dovizioso was the Malaysian GP last year.

“The tests of the last period have been useful. We understand a little bit more about how to make the tires. The tests were important for this race, but also in General. The bike is better suited to the various situations and various styles of driving.” said Luigi Dall’Igna. “The three bikes that were played the victory up to now are very different from one another. For example, the Yamaha is totally different from us and Honda. Each bike prefers a particular situation. The 2017 Mugello GP race is a race. Especially technically and then in the paddock breathed an exceptional climate.”

Gigi Dall’Igna speaks also of Lorenzo, who is suffering and that didn’t go over eighth place. “We are not happy with us and not even him. We have to find a way to give him everything he needs to demonstrate his potential. It’s under discussion is one of our strengths. “