2017 Catalunya GP – The Italian party of Mugello has been already on file. MotoGP is in Spain for the 2017 Catalunya GP. It is scheduled on Sunday at the Circuit de Montmelo, in Barcelona. So, it is an excellent opportunity to Vinales, leader of the MotoGP Championship, Marquez, Pedrosa and Lorenzo, who want to win in front of their fans.

However, Valentino Rossi wants to get on the podium. The Italian champion collected 13 consecutive podiums from 1997 to 2009, a record in Montmelo. “The conditions are improving. I’m still not at 100 percent. I wish I had another week. Instead, there are two very close races. However, I am much better.” said Rossi during the 2017 Catalunya GP Press Conference. 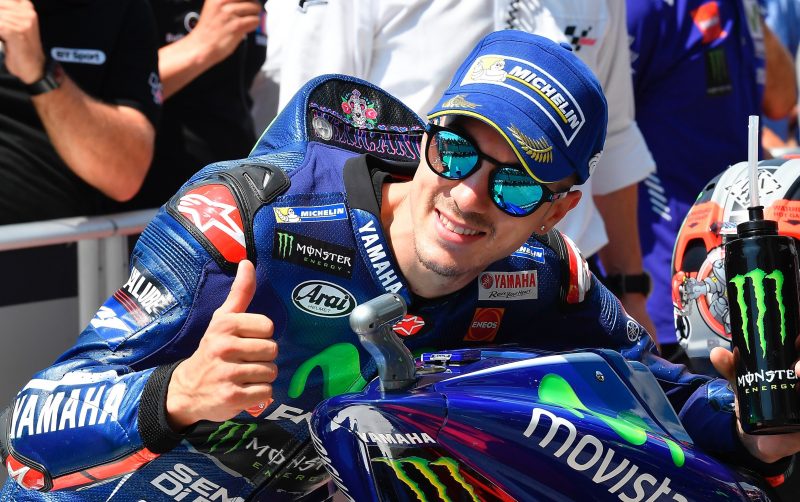 “The condition is improving. At Mugello I did a good race and I did not suffer a particular pain. I know that I will have to suffer a little bit more on the race distance. I hope that here goes a little better. It spent one week and this still helps. We will have to work hard. Why don’t we tested here two weeks ago. There are new to interpret curves and we need to understand what is the potential of the bike. Catalunya GP is an important race. For me the failure of Le Mans was very heavy. But we fail. Now we have to be more competitive and strong. Because the Championship is a long one.” he said.

Maverick Vinales: “I want to win for my fans”

Maverick Vinales wants to win in front of his home fans. “I’m in a very good condition. At Mugello, I felt gradually getting stronger. Both with the bike and with the team.” said Maverick during the 2017 Catalunya GP Press Conference. “I feel great. For my riding style I think this is a good track. We have to be careful with the change of layout and different conditions than the last race. For sure I want to win here. Is my circuit, I have my friends and my fans.”

0 0 0 0 0
Previous ArticleSubaru Impreza WRC97 Sells For A Record $300,000 [GALLERY]
Next ArticleMax Biaggi Crash: The Italian pilot is at the hospital in Rome
Comments (1)