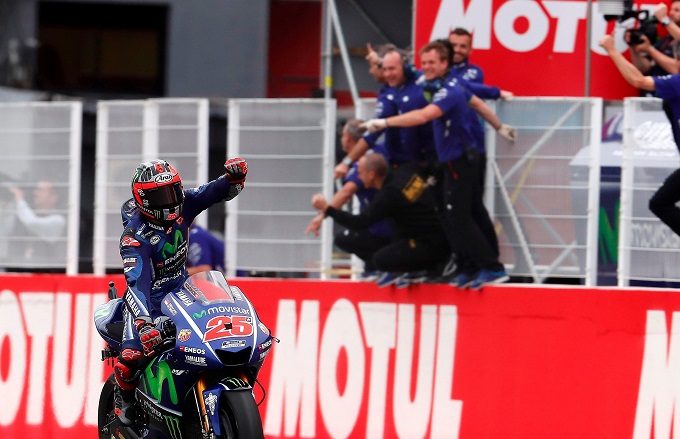 Maverick VINALES 10: Simply amazing the feeling that he has been created between him and the Yamaha bike. From the free practice of Valencia, he has always scored super performance. So, at the beginning of the season, he just had trouble in wet conditions in Argentina. He is absolutely perfect. Maverick is a serious candidate for the 2017 MotoGP title.

Valentino ROSSI 9: It’s true. He finished second behind Maverick. But in the warm-up Rossi was ninth and in the FP (in the dry) 18th. Now he’s on the podium, after 350 GPs. And he has 38 years. Amazing.

Cal CRUTCHLOW 8: Super Cal arrives at the podium again. So, this third place is even truer since he is the first Honda at the finish. He has a big step and Cal remained second for most of the race. Then, Rossi overcomes him, but he’s still in the top three.

Alvaro BAUTISTA 8: He starts tenth and finishes fourth, beating opponents as Petrucci and Zarco. Thanks for falls of Pedrosa and Dovizioso, but who ends up on the ground has never right. Great performance of the Spanish rider. 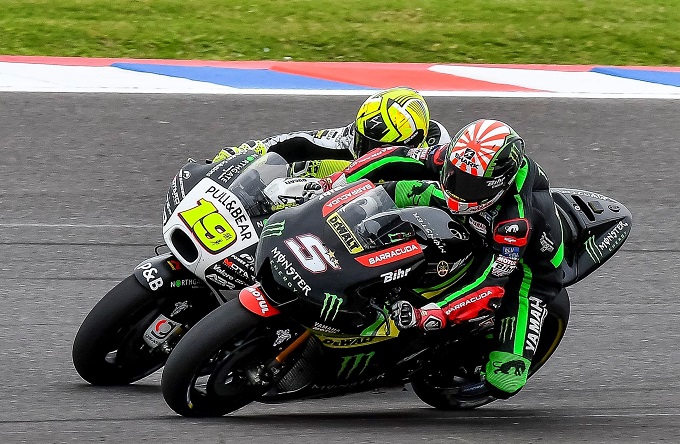 Johann ZARCO 7: In Qatar, he did a great race, but then he finished it in the sand. Now he closes with a good fifth position. Anyway, this guy has the “numbers” and he drives very well his Yamaha.

Danilo PETRUCCI 6: He runs a good race and then he collapses. The race is good, but Danilo can do more. Petrucci finishes seventh, behind Folger. He can do much more.

Andrea DOVIZIOSO 5: Very unlucky, but Dovi could run better on Saturday. Finally, he had to fight for the eighth spot. A step back after the beautiful podium in Qatar. 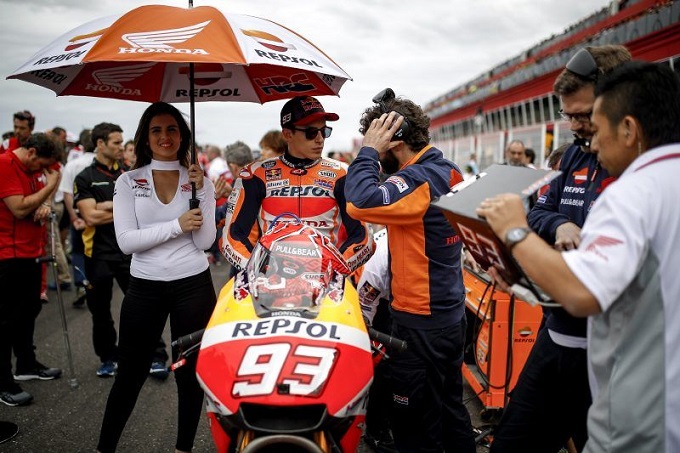 A nightmare for Jorge and Marc

Marc MARQUEZ 4: The 2016 MotoGP world champion suffers from the pressure. The Honda is still not ready and Vinales is too fast even for Marc. The Spaniard is going strong, but he falls. Austin GP will be the next race, Marquez’s track. But he must give answers.

Jorge LORENZO 3: Jorge wants to wake up from this nightmare. Today’s race lasts a few meters, then falls to the ground, ending a weekend of terror. Now we have to suffer again in Austin, the light, maybe will come in Spain.